iOS user got the ability to watch YouTube videos in picture-in-picture mode. This feature is already available in Android for years. This is a quite useful feature, as it allows multitasking capabilities. According to reports, now this feature reaches on the arguably popular YouTube app. This means that YouTube for iOS will now allow people to watch videos in the PiP mode while doing their other tasks on their iPhones and iPads.

YouTube is a popular video-streaming platform both on Android and iOS platform. This app allows users to watch videos across the globe. Now, this app will allow users to stream videos even after leaving the app screen. On leaving the app, the PiP mode will start automatically. According to reports, the PiP mode has officially started rolling out for both free and premium YouTube subscribers on iPhone and even an iPad.

In a press release, YouTube states that Picture-in-Picture (PiP) mode allows users to watch YouTube videos in a mini-player. This can be done simultaneously while surfing outside of the YouTube app on their mobile device. The company has started rolling out the PiP feature for YouTube Premium members on iOS. The company is planning to launch the PiP mode for all the US based iOS users.

With the introduction of this new feature, YouTube video will play in a small pop-up window on iOS platform as well. This pop-up window will appear once user tries to leave the app. With the launch of pop-up Window, users can now do other tasks while watching the YouTube video. For instance, you can do chatting, play games while watching the YouTube video in the mini-play which plays side by side. This mode is most useful while using an iPad. Also Read: Realme Narzo 30 leaks in video, reveals key specifications and design details

The feature will be available directly, there is no need to perform any step-by-step process. To access this feature, the only step to perform is to keep your YouTube app updated. Now, whenever you watch any YouTube video just swipe back to the home screen to check if you get access to this PiP mode feature. While existing the app on iOS platform, you will still see the YouTube video being played in the small window with several controls like Play, Pose, Forward, Rewind etc. Initially, YouTube has started rolling out this feature to YouTube Premium members only. If you haven’t received it, worry not as it will reach you eventually. Keep in mind, this feature is already available for Android users. 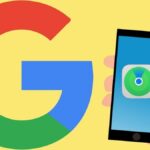 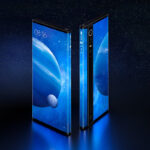