The digital arm of Zee Group, Zee Digital continues to grow and reaches a new landmark. It shows its presence across the digital world. In the month of April, Zee Digital cross more than 300 million monthly active users (MAUs). To recall, the Zee Digital is spread across 31 websites, 20 brands and 12 languages. According to reports, In last two years, it has registered an impressive growth of 4x in monthly active users (MAUs). The brand continues to lead the digital space among all the top Indian media publishers.

As per reports, Zee Digital has crossed more than 310 million monthly active users (MAUs) in the month of April. To recall, the MAUs recorded in the month of April 2019 was 75 million. This growth take place under the leadership of Rohit Chadda, CEO-Digital publisher, Zee Group. The main source of growth came across the portfolio from some of the popular contributors. The list includes the India.com (11x growth), Zee News (3.4x growth), DNA (4.3x growth), Bollywood life (5.2x growth) and WION (upto 7.8x growth).

On this big achievement, the ZEE Digital, CEO Rohit Chadda states that the entire effort has been focused towards providing more than 450+ million news and entertainment to the internet audience in India. He adds that the future of digital content is based on 3Vs (Videos, Vernacular (language) and Voice. Bringing video content to the users will always help in growth. The result speaks itself as the growth from 200 million video views in FY19 has now reached to over 2.5 billion video views in FY21.

He also share that during lockdown the company has also launched an OTT app for Zee News to fully utilize the increased adoption of OTT platform. The company has launched 8 broadcast brands on digital platform. It has launched in 3 regional languages including Odia, Punjabi and Urdu. With all these launches the company has seen a very strong growth from audio and video. He also promises that this growth of Zee Digital will keep on increasing in the near future.

Zee Digital and its growth:

Chadda further adds that mobile platform contributes to about 95% of the users. Thus, the entire future roadmap is focus mainly on the mobile platform. The company has launched mobile based digital apps for 4 Zee brands. These may include flagship digital brands like

All these brands provides content accessibility to the end users on a single click on their mobile. Currently, with improved performance and small size updates, WION and Zee News becomes the highest rated news app in the World and in India respectively. The WION gets an user rating of 4.9 Whereas, the Zee News gets a user rating of 4.7 on Google Play Store. Additionally, the PWA Technology has helped in tremendous growth in organic web traffic on mobile as well as desktop.

Earlier this year, the India.com launched its mobile website to provide immersive user experience. This resulted in tremendous growth for brand in terms of monthly active users. Chadda says that during last years the US presidential elections, the brand did the digital-first global launch of its International news channel WION. Now, it is available on 4 billion connected devices across the globe. The brand received an expectational response from the global market as well. In the last six months, the brand sees a growth of over 90% in user base. In 2021 also, the Zee Digital will continue to fuel the growth and break many more records in near future. 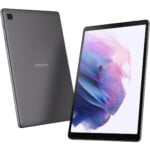