According to reports, this Physical key based login is available on both Android and iOS devices. The 2FA feature is also available for Indian users. Facebook releases an official statement stating that this feature of 2FA is available on desktop version of Facebook since 2017. Facebook users are using physical security key to login into Facebook on desktop since 2017. It protects their information and data from any kind of malicious attack from hackers.

Facebook states that with 2FA it will be difficult for malicious hackers to attack the data and information on Facebook. Facebook will always ask it’s users to confirm their identity with a personal key. This key will be accessible to the users only. However, the hackers cannot access this key. Facebook says that it highly recommends all it’s users to use this physical security key to increase the security in their accounts. This security key is available on all devices including mobile, desktop and tablets.

To recall, this feature came on Facebook after Twitter introduces physical key based two-factor authentication for it’s users. This Physical Key based authentication for login is one of the most safest ways to authenticate. This method protects users data and information. Typing Password is accessible to certain malicious software. These software can read users password, when they type it in. Now, this Physical key will removes that necessity.

What is Physical Keys?

To understand, the physical key is similar to a USB stick, which is require while verifying the login. This physical key needs to plug in to the port to verify. Additionally, certain physical keys also come with wireless connectivity to allow login on mobile devices.

Other than physical key based authentication system, users can also rely on traditional 2FA system. This system may include SMS and an Authenticator app like Google Authenticator. If a user has interest in security key system, then they can enroll a security key for two-factor authentication. This enrollment is perform within the Security and Login section under Facebook Settings.

Twitter has also promise to bring it’s security key-based 2FA system. This system will be available for user both on web and mobile platform. However, the company is yet to announce official release date for same. Also Read: Facebook is set to remove all the false claim related to COVID and it’s vaccinations 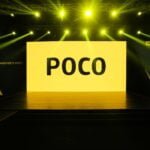 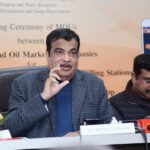