The launch of Samsung Galaxy S21 Fan Edition smartphone is not far away. The device is likely to launch in next few months. There has been multiple leaks and rumors about the upcoming Galaxy phone. According to these leaks, this phone is likely to be the watered-down variant. The device is expected to be more economical that the original Galaxy S21 that we saw earlier this year. The renders of the Galaxy S21 Fan Edition phone have been already posted in previous posts. Additionally, we already know some of the hardware specifications of the upcoming smartphone. According to recent leaks, the Samsung Galaxy S21 FE has been once again spotted on the benchmarking website. The benchmarking listing reveals the RAM capacity of the device.

Recently, the all-new Samsung Galaxy S21 FE was recently spotted on the Geekbench, the Benchmarking website. The listing on the site reveals the details about its chipset and RAM capacity. According to previous rumors, the upcoming Galaxy S21 FE will be using the Qualcomm Snapdragon 888 chipset instead of company’s own Exynos 2100 chip. The variant spotted on benchmark website reveals that the device carries 8GB of RAM. Although, previous leaks suggest that the more accessible variant is likely to come with 6GB of RAM.

The listing on the website also reveals that the upcoming phone will be running on Google’s Android 11 OS. According to some leaks, Samsung may also offer Android 12 by the time of launch or by the time when it reaches Global markets. The listing does not reveal any other specification. Also Read: Samsung Galaxy S21 FE official photos appears online, hints at price

Previously, popular tipster Evan Blass showcase the upcoming smartphone in all its glory. According to leaked images, the design of this upcoming smartphone resembles with the earlier launched Galaxy S21 series. The device gets the similar pill-shape camera housing that fuses into the frame. Since it will be cheaper variant, it is highly likely for Samsung to use the plastic body instead of metal frame and glass body. The leaked image shows the upcoming smartphone in a newer dull green and dull purple colors. The smartphone will also get the usual black and white colors. The all-new Samsung Galaxy S21 FE will lose out all the dual-tone color finishing.

As for the further specifications, the display will be similar to what we saw on the Galaxy S21 Plus. This means that the upcoming phone will support a 6.5-inch AMOLED display with a Full HD+ screen resolution. Additionally, this display will get a screen refresh rate of 120Hz. The device will keep the bezels to the minimum. The front camera will sit inside the punch-hole cutout. 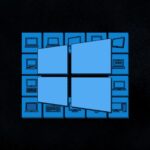 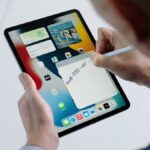