Most of the people are unaware of the fact that, a single app in their smartphone can track their data available on other installed apps. This single app can easily access the most sensitive information available in your smartphone. This sensitive information could include details like banking information, password and more. To avoid such sensitive issues, Google has now announced that it will be changing some policies for all the apps available on its Google Play Store. These changes will take place on May 5.

This report is confirmed by Arstechnica, according to this report regarding policy update, the search giant has asked its app developers to provide a valid reason for why Google should allow them to access the other apps on users’ smartphone. This information appears to be shocking for the developers. This is because currently, most of the Android 11 apps requires “Query_All_Packages” permissions. Here, developer can easily access the full list of applications installed on user’s smartphone. After inspecting this concern, Google has now updated its Developer Programme Policy. This policy can now restrict certain applications from accessing all permissions.

According to Google, there are many apps whose core purpose is to launch, search or interoperate with other apps that are previously available on the device. By doing so, such apps may obtain scope-appropriate visibility to these installed apps. However, there are some apps with certain exceptions like banking applications which may obtain wider visibility into installed apps completely for security-based reasons.

If the developer’s application fulfills are the new policy requirements for valid reasons. Then they will be allowed to access “Query_All_Package” permissions. Also, the developers should declare about such high-risk permissions in a declaration form on Google Play Console. However, if the app fails to fulfill the policy requirements or do not submit the declaration form, then such apps could be removed from Google Play Store. Meanwhile, keep in mind, if the developer makes changes in app in restricted permissions. Then he must have to revise his declaration with updated and accurate information for such apps, added by Google. The apps which do not fulfil the requirement or non-declarants will have to face a suspension of their app. Google may even terminate the developer account of that user.

The developers who want their app to interact with other apps available on Google Play Store. For this they must have to use app-discovery APIs instead of just extracting the entire app list. To recall, this “Query_All_Packages” permission was added with Android 11 update. Hence, this permission only applies to apps that are targeting Android 11’s API level. The Android 11 API level is call “API Level 30”. Additionally, this restriction in Google Play Store also applies to apps that are targeting API Level 30 and above. Also Read: After Xiaomi, now Motorola is working on its over-the-air charging technology 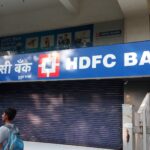 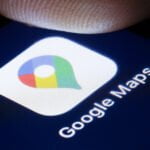