iPhone 13 to launch with improved stabilization:

According to latest report from DigiTimes, the Voice Coil Motors (VCM) will be shipped for the upcoming iPhone series more than the Android phones in the H2, 2021. This VCM is most likely for the sensor-shift optical image stabilization (OIS) feature that Apple could add on its upcoming iPhone 13 lineup. Keep in mind, this sensor shift stabilization feature ensure better focus and works by shifting the camera sensor instead of lens. To recall, this is the current mechanism in the current gen iPhone 12 series phones.

The report also suggest that Apple has also asked the camera component makers to increase the production by 30 to 40 per cent to meet the demands on time. Beside this, the iPhone 13 devices are likely to launch with an improved telephoto lens with up to 2.5x zooming capabilities. The smartphones are likely to come with a changed aperture for the ultra-wide camera, LiDAR sensor on all the 2021 iPhones and much more.

Apart from camera improvements, the iPhone 13 could launch with smaller notch. This could be due to a smaller Face ID chip. The rear camera module could be bigger in size.. The upcoming iPhones will also feature flat edges much like the present gen devices. As mentioned in previous posts, the iPhone 13 Pro models are likely to come with LTPO displays along with 120Hz refresh rate. The device will also feature a combination of Touch ID and Face ID. Also, this will mark as the comeback of fingerprint scanner.

Additionally, the phones are likely to come with 5G connectivity. All the iPhone 13 device will be power by A15 Bionic chip. The device will run on Apple’s latest iOS 15. These devices will pack in bigger batteries and much more. The iPhone 13 series is expected to launch in the month of September. However, there is no official word from the company on the launch of iPhone 13 series. Also Read: iPhone 13 Series to come with new design, latest features and more 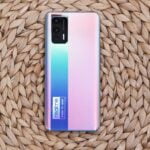