Indians are warming themselves with the iQOO 7 Series, which debuts earlier this year. Whereas, China is getting ready for the next generation models. Vivo iQOO 8 Series is confirmed for August 17 launch. The all-new series will feature two new mobile phone models. These includes the standard iQOO 8 and the iQOO 8 Pro. Some of key specifications of the smartphone series already leaks ahead of its official launch. Couple of these specifications have been already confirmed by the Chinese brand. According to leaks, the Pro model is likely to come with BMW Motorsport Edition. The iQOO Pro will feature a textured rear panel along with a striped design. Qualcomm Snapdragon 888+ SoC will be powering this Pro model.

Vivo iQOO has already taken to Weibo to announce the launch of iQOO 8 Series in China. Additionally, the latest teaser poster has confirmed about key specifications. The smartphone will be power by the all-new Qualcomm Snapdragon 888+ SoC. This chipset comes in pair with LPDDR5 RAM along with USF 3.1 storage. Additionally, the popular tipster Bald Panda has leaked the iQOO 8 phone on Weibo.

As per leaks, the iQOO 8 does not look much different from the iQOO 7 Legend. The device may feature a flat display along with a punch-hole cutout at the top centre. The standard iQOO phone will support a 120W fast charging solution. The upcoming 5G phone is likely to be suitable for gaming audience. According to poster, the design of this standard variant will be inspired by the Vivo X60 Pro Plus. As the tipster suggests, the smartphone could be powered by the Snapdragon 888+ chipset. The smartphone will use a Smasung branded E5 AMOLED display panel along with 1440px screen resolution. However, the battery capacity is still unknown. Although, it confirms to get 120W fast charge support.

The tipster also leaked the poster for the iQOO 8 Pro BMW Motorsport Edition. The poster of this upcoming Pro variant is leaked via GizmoChina. As per leaked poster, the smartphone could feature a black carbon fiber variant also. The BMW Motorsport Edition model is likely to feature a curved edge display. Also Read: iQOO 8 launch event expected soon, could feature OnePlus 9 Pro like specs

Beside fast wired charging and 2K display. The BMW Motorsport Edition variant will feature 12GB of RAM and 256GB of onboard storage. Both the smartphone will run on Origin OS 1.0 which will be based on Android 11 operating system. It remains to be seen as of when the next-gen iQOO series mobile phones will be launching outside the China. The iQOO 8 series is soon likely to launch in other global markets including India. To recall, so far iQOO has launched the iQOO 3 and iQOO 7 Series in India. The Chinese brand already skips multiple other models that were launch in China. 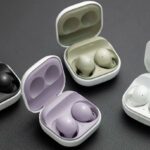 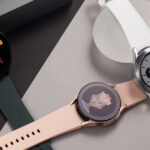