Vivo’s sub-brand iQOO has officially confirmed to launch its gaming mobile in India. The upcoming smartphone will launch under Z series and will be dubbed as iQOO Z3 5G phone. This will be the first smartphone in India to be powered by the Qualcomm Snapdragon 768G SoC. The 5G phone will be sold exclusively on Amazon India. Additionally, Amazon India has already created a microsite for the same. The microsite features a “Notify Me” button. On this page, iQOO Fans can get updates about the launch.

Meanwhile, Amazon India confirms that it will be revealing some of the highlighting features of the phone in the coming days. On June 1, the e-com website will reveal the device’s charging details. On June 2, the camera details for the upcoming smartphone will be revealed. One June 3, it will reveal the gaming experience details. And on June 4 it will reveal the display and design details for this upcoming smartphone. The company has also reveal the launch date for the same. The all new iQOO Z3 5G phone is schedule to launch on June 8 at 12PM. Additionally, the Chinese smartphone company has started sending out the press invites for the same. The complete launch event will take place all-virtual and will be live-stream via the company’s official YouTube channel.

iQOO Z3 5G phone features a 6.58-inch Full HD+ LCD display along with 120Hz refresh rate and HDR support. Additionally, The smartphone is power by Qualcomm Snapdragon 768G SoC. This chipset comes in pair with Adreno 620 GPU. Also, The device comes with up to 8GB RAM and up to 256GB of internal storage. This internal storage is expandable. It can expand up to 1TB via microSD card. Also, The iQOO Z3 runs on the company’s own OriginOS which is based on Google’s Android 11 operating system.

The device packs in a 4400mAh battery along with support for 55W fast charging system. Meanwhile, For camera configuration, the iQOO phone features a 64-MP triple rear camera system. The 64-MP primary camera comes in pair with an 8-MP ultra-wide angle lens and a 2-MP tertiary sensor. Also, For selfies, the phone comes with a front camera of 16-MP. According to reports, the iQOO Z3 is likely to fall under Rs 25000. Additionally, The smartphone will compete against the likes of Xiaomi Mi 10i 5G, Samsung Galaxy M42 5G and many more. Also Read: Vivo iQOO Z3 to launch in India with Snapdragon 768G 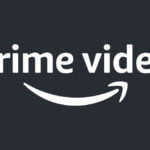