Vivo is one of the biggest names when we talk about smartphones. Currently, Vivo is launching multiple smartphones all around the world. To recall, Vivo recently launched it’s Vivo X60 Series Globally. Now, Vivo is planning to launch a bunch of smartphones this week. According to reports, Vivo’s sub-brand iQOO is all set to unveil it’s Vivo iQOO Z3 in China on March 25. To recall, Vivo already announced to showcase it’s Vivo X60 series in India on the same day.

Although, we know a lot many details about the Vivo X60 Series, as it has already launched in China in December, 2020. But, The upcoming Vivo iQOO Z3 is a mysterious smartphone. However, the smartphone has been already tipped on benchmarking website Geekbench. According to Geekbench listings, the upcoming smartphone comes with a model number V2073A. The listing also reveals about the presence of 8GB RAM onboard. Also, the motherboard section in listing features a codename “lito”. This codename is related to Qualcomm’s Snapdragon 765G SoC.

Meanwhile, iQOO is still quite about this upcoming device. The company is not releasing any official details about Vivo iQOO Z3 smartphone. The only known thing is about it’s release date. To recall, a smartphone will same model number also appeared on Google Play Console last week. Also Read: Vivo iQOO Neo 5 launched, comes with 66W Fast Charging, Snapdragon 870 SoC

The listing on Google Play Console reveals about smartphone’s display resolution and other internal hardware. According to this listings, the alleged Vivo iQOO Z3 is likely to come with Full HD+ display having 1080 x 2408 pixel resolution. The device is likely to be powered by Qualcomm’s Snapdragon 768G coupled with Adreno 620GPU. The Google Play Console listing also reveals about availability of 6GB RAM. To recall, as mentioned above Geekbench listing shows 8GB RAM model. Thus, it confirms that we can expect availability of two memory configuration option in iQOO Z3. Additionally, according to 3C Certification, the upcoming iQOO Z3 is likely to come with 55W fast charging support.

Other specs includes, The upcoming Vivo iQOO Z3 device is likely to come with 6.57-inch display along with 144Hz refresh rate. The display will feature a punch-hole cutout which houses the selfie camera. Regarding cameras, iQOO Z3 will feature a 48-MP Sony IMX589 primary sensor. Additionally, the smartphone will come with 5G Connectivity. The smartphone will run on Android 11 OS out of the box. The rest of the specs and features of upcoming Vivo iQOO Z3 are still unknown. We have to wait for official launch to learn more about this upcoming device, as the launch is just one day away. 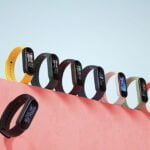 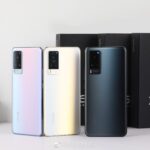