Recently Samsung has announced its latest Galaxy A52 and Galaxy A72 globally under mid range segment. These devices launches via virtual launch event on March 17th. The South Korean Tech Giant has already revealed the global pricing for these devices. However, the company did not announce the official Indian pricing and it’s availability in this event. According to sources, the official India pricing of Samsung Galaxy A52 and Galaxy A72 is now announced by the company.

Samsung Galaxy A52 and Galaxy A72: Price in India

Samsung Galaxy A52: Features and Specs

The Indian variant of Samsung Galaxy A52 comes with a 6.5 Full HD+ Infinity O display which comes with 90Hz refresh rate. The device features super AMOLED Display along with 1080 x 2400 pixels resolution. This display comes with 20:9 aspect ratio. The Galaxy A52 is power by Qualcomm’s Snapdragon 720G SoC. This chipset is coupled with 6GB/8GB RAM and 128GB/256GB of native storage.

For cameras, The smartphone supports a quad-rear camera setup. This camera setup includes a 64-MP primary sensor with AF, OIS, a 12-MP ultra-wide sensor, a 5-MP depth sensor, and a 5-MP macro lens. For selfies, the smartphone will feature 32-MP snapper which comes with f/2.2 aperture. Additionally, This device packs in a 4500mAh battery along with 25W fast charging support.

Samsung Galaxy A72: Features and Specs

Similar to Galaxy A72, The Indian variant of Samsung Galaxy A72 comes with 90Hz refresh rate Super AMOLED Display. Also, The device features a bigger 6.7-inch Infinity O Display along with 1080 x 2400 pixels resolution. Other hardware specs remains same as Samsung Galaxy A52. Both the smartphone runs on Samsung’s custom UI, One UI 3.1 which is based on Android 11 OS out of the box.

For cameras, The smartphone features a 64-MP quad camera setup. The camera setup includes 64-MP primary sensor paired with a 12-MP ultra wide-angle lens, a 5-MP macro lens, and an 8-MP telephoto lens. The front camera comes with a 32-MP snapper for selfies. The smartphone packs a 5000mAh battery along with 25W fast charging support. Additionally, Both the smartphone comes with IP67 rated water and dust resistance along with an in-display fingerprint scanner. Also Read: Samsung Galaxy A52 launches with 120Hz AMOLED display, to bring quad rear camera setup 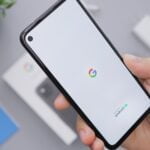 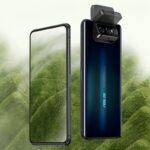