According to reports from 91Mobiles, the latest Samsung Galaxy F52 has been spotted on Wi-Fi Alliance website with the model number “SM-E5260”. The listing from the website hints at couple of features which could be seen on this upcoming smartphone. As per listings, the Samsung Galaxy F52 is likely to come with dual-band Wi-Fi support. Also, the device is likely to run on Samsung’s own custom One UI 3.1 on top of Android 11 out of the box. However, other details about this upcoming Galaxy F52 smartphone remains unknown.

Recently launched Samsung Galaxy F62 comes with a 6.7-inch Full HD+ AMOLED Plus display. The smartphone is power by Exynos 9825 chipset. Also, The device comes in two storage options including 6GB RAM/ 128GB of storage, 8GB RAM/ 128GB of storage. Regarding cameras, the Galaxy F62 comes with 64-MP quad rear camera system which is similar to what Samsung Galaxy F52 will be offering. This camera system includes a 64-MP main camera, a 12-MP ultra-wide lens, a 5-MP depth sensor, and a 5-MP macro lens. Also, For selfies, the smartphone comes with a 32-MP selfie shooter.

The Samsung Galaxy F62 is back by a massive 7000mAh battery along with 25W fast charge support. The device runs on Samsung’s One UI 3.1 which is based on Android 11. For security, the device gets a side-mounted fingerprint scanner. The smartphone comes with USB Type C connectivity. The pricing for this Samsung Galaxy F62 starts at Rs 22999. If consider from above expected features, the specifications of the upcoming Samsung Galaxy F52 is almost similar to what Galaxy F62 offers. The device gets similar battery back up, same camera configuration and much more. 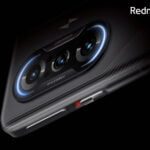 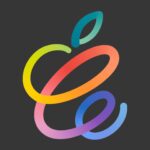