Samsung has accidently revealed the latest teaser for the next Unpacked event. According to leaked teaser, the next Galaxy Unpacked Event will take place on August 11. The teaser reveals the launch date along with an illustration of the Samsung Galaxy Z Fold 3 and the Galaxy Z Flip 3. The caption to this teaser image also confirms about the folding Samsung smartphones. However, the teaser image does not reveal anything related to the upcoming Wear OS based Samsung smart watches.

Although, the teaser was later removed from the company’s official website. However, the teaser hung around enough long for tipsters to record it. In the teaser, the illustration clearly points out at the larger Galaxy Z Fold 3 and the newer Z Flip 3. To recall, the Samsung Galaxy Z Fold 3 will succeed the earlier generation Galaxy Z Fold 2. As per teaser, the Galaxy Fold device was depicted in Dark Green colour, while the Flip phone appears in pink shade. This could be hint at the new colour options for both the device by the Samsung.

According to previous rumours, the South Korean tech giant is planning for a cheaper version of the Samsung Galaxy Flip phone. This upcoming device is likely to be called as the Galaxy Z Flip Lite. According to leaks, Samsung could be using the existing Flip mobile phone as the base model. The regular Samsung Galaxy Z Flip model is likely to get a notable design upgrade from the 2020 model.

The upcoming Samsung Flip phone is likely to support a bigger screen. Instead of using a smaller 1.1-inch QLED display on outside screen. This time Samsung will be using a bigger 1.9-inch QLED display on Samsung Galaxy Z Flip 3. This will be much more similar to what Moto RAZR 5G is using. According to reports, this display could preview full message and possibly give basic device controls to the users. The new design will accommodate bigger display similar to the one on older Pixel 2 series.

Renders for both the Galaxy Z Flip 3 and the Z Fold 3 have already leaked across the internet. As mentioned above, the launch date for both the device have been leaked online. Beside folding smartphones, Samsung is likely to launch many other products at this unpacked event. These devices may include the Galaxy Watch 4, Galaxy Watch Active 4 and the Galaxy Buds 2.

According to reports, the new Galaxy Watch Series is likely to run on the new unified operating system. To recall, this operating system has been built by Samsung in collaboration with Google. Some of the key specifications including the render images and price details of the upcoming Galaxy Buds 2 have also been leaked online. 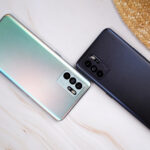 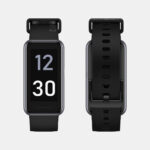