According to this report, Samsung as a company is planning to ditch the slot for stylus on upcoming foldable smartphone. This is because of “Structural Challenges”. However, Samsung always wanted to have an S-Pen slot on the smartphone. But the company have reconsider the option because of limited space for the stylus compartment. As per report, the stylus slot might expose the smartphone to water and dust damage. This is because of structural reasons like the folding hinge. Report also claims even without the slot for stylus, the Galaxy Z Fold 3 will come with stylus compatibility. NaverNews indicates that S-Pen Pro might be compatible with the upcoming foldable smartphone. To recall, this S-Pen Pro was launched alongside Samsung Galaxy S21 Ultra.

According to recent reports, the new foldable Galaxy Z Fold 3 smartphone will be slimmer and thinner as compare to it’s predecessor. The foldable smartphone is likely to have a 7.5-inch main display. Whereas the cover display will feature a 6.2-inch screen size. Also, the dimensions of upcoming device is likely to be similar to what Galaxy Fold 1 offers. The report claims that device might skip on bezels around the display panel. This report is share by TheElec.

The Samsung’s upcoming foldable smartphone is likely to pack in a smaller 4380mAh battery. This is a smaller capacity battery if compared to its predecessor. To recall, the predecessor Galaxy Z Fold 2 comes with a 4500mAh battery package. The latest foldable Z Fold 3 smartphone will be power by Qualcomm’s premium flagship Snapdragon 888 SoC. Additionally, report claims that the smartphone will run on Samsung’s custom One UI 3.5 on top of Android’s latest OS. 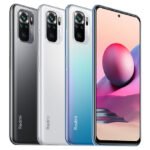 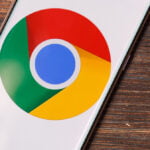