Xiaomi MIUI 13 rumors are circulating all around the Internet. There is still a lot of unknown information about the MIUI 13. Xiaomi is yet to confirm anything officially about the upcoming MIUI 13. However, based on some previous MIUI native app updates. It seems like the new design language is coming soon. The hint about the new MIUI update comes out from the MIUI File Manager.

According to reports, Xiaomi MIUI 13 will be launching with a new design language. The hint for the new MIUI updates is visible in the MIUI File Manager update. The latest MIUI design appears to be much cleaner than ever. The new design is inspired from the Windows PCs. In the new MIUI design, the icon appears larger than ever. These icons are neatly arranged in a grid layout. Beside this, we can’t expect any major design change.

The updates about the MIUI 13 have been leaked by a Telegram channel. According to rumors, the all-new MIUI 13 is likely to announce in the next few months. Additionally, these rumors are based on the previous MIUI announcements. However, it is likely that the MIUI 13 won’t bring any major design change. This could be because the MIUI 12 brings a major overhaul of the interface. Xiaomi is most likely to bring the Android 12 updates with the MIUI 13 skin.

Based on rumors, Xiaomi could release the MIUI 13 update to all its upcoming phone. It will also release for the one that were launch within the last two years. This could be the bad news for the older Xiaomi device users. With the new MIUI update, all the models are likely to experience enhanced functionality. Moreover, MIUI 13 could adapt the Android 12 update. On the other side, the older Xiaomi phones will get the Android 11 or even Android 10 update.

These days Xiaomi is updating its device with MIUI 12.5 update. This MIUI 12.5 update mainly fixes bugs and improves basic system performance across most of Xiaomi devices. The major performance difference can also be notice on more affordable Xiaomi devices. With the latest update, the loading time improves, the animation gets snappier on more affordable devices. Also Read: Google releases Stack app, a new document scanner, storage and organizer

Beside MIUI update, Xiaomi recently launched the Mi 11 Lite in India as the latest offering. The all-new Mi 11 Lite comes for all the design-conscious buyers. Additionally, the device comes as one of the slimmest phones of 2021 along with a lightweight design. Xiaomi Mi 11 Lite price starts at Rs 18999 in India. The device comes as the most expensive 4G offering from the company in India. Some of the main highlights of Xiaomi Mi 11 Lite includes 90Hz AMOLED display, Qualcomm Snapdragon 732G chip and a 64-MP main rear camera and much more. 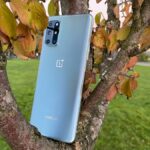 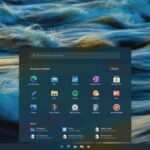