Lenovo has recently launched an all-new budget-friendly smartphone in Russia. The device comes with the name of Lenovo K13 Note. This all-new device appears as the rebranded version of the Moto G10. To recall, the Moto G10 was already launched in the European markets earlier this year. The device comes with the Qualcomm Snapdragon 460 chipset. It packs in a 5000mAh battery. Both of these features match with the earlier launched Moto G10. Therefore, we can say that the Lenovo K13 is the rebranded version of the Moto G10.

The all-new Lenovo K13 Note which comes as the rebranded version of Moto G10 gets a price tag of RUB 12490 which is approximately Rs 12800. The latest device comes in a sole variant with 4GB of RAM and 128GB of internal storage. The smartphone is currently available in Russian markets. Regarding colour options, the device comes in two colour options including Aurora Grey and Pearl Sakura colours. The Chinese tech brand has not revealed any availability details for this device in other international markets including India.

The Lenovo K13 Note comes with a 6.5-inc HD+ IPS display. This display gets a screen resolution of 1600 x 720 pixels. Qualcomm Snapdragon 460 chipset powers the K13 Note along with Adreno 610 GPU. The device comes with 4GB of RAM and 128GB of internal storage. Additionally, this internal storage is expandable. It can expand by up to 512GB via a microSD card. Also Read: Lenovo ThinkPad X1 launches as the foldable PC in India

Additionally, the rebranded version of Moto G10 runs on nearly stock Google’s Android 11 operating system. The device also gets all the stock configuration along with some minor customizations here and there. Additionally, the Lenovo K13 Note is backed by a 5000mAh battery. The company claims that this battery can last for over two days on a single charge. For security options, the smartphone comes with a physical fingerprint scanner at the rear. Beside fingerprint lock, the device also gets support for facial recognition using the front camera. Regarding connectivity, the Lenovo phone comes with 4G connectivity.

Similar to Moto G10, for camera configuration, the all-new Lenovo phone comes with a 48-MP quad camera system. The 48-MP primary camera sensor is accompanied by an 8-MP ultra-wide-angle lens. It also gets a 2-MP macro lens and a 2-MP depth sensor. Additionally, for selfies, the front camera features an 8-MP sensor. Earlier in China, Lenovo launched its gaming phone with the name of Lenovo Legion Pro. This gaming phone comes with some of the most unique features a gaming phone could ever have. 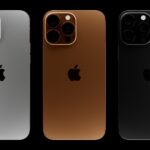 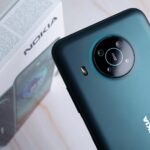