According to Amazon India, the Nokia G20 smartphone comes as the Amazon Exclusive device. The smartphone is up for sale starting July 15. However, the pre-booking for this Nokia smartphone starts on July 7. Additionally, the entry-level smartphone will be available on Nokia India’s official online store. Meanwhile, Nokia has not released other models such as G-, C- and X- Series device. The all-new Nokia G20 comes in two colour options including Night and Glacier colours. The company has launched the device as the sole variant with single RAM and Storage option.

With the launch of Nokia G20, the company expands its Android One smartphone lineup in the affordable range. The latest phone comes with a price tag of Rs 12999. This price is for the sole variant of 4GB RAM and 64GB of internal storage. The smartphone also comes with a 128GB storage variant for international market. But the device seems to be unavailable for India as of now.

Since, it is an Android One smartphone, Nokia promises to provide two years of Android OS upgrades for G20. The company also promises for three years of monthly security patches. This is unheard in this budget smartphone category. The Nokia G20 comes with stock Android 11 OS out of the box. The device does not feature any pre-loaded third-party apps. Also Read: Latest budget smartphone Motorola Moto G20 launches with 90Hz display

As for the camera configuration, the Nokia G20 smartphone comes with a 48-MP rear camera setup. The 48-MP main camera is accompanied by an 8-MP ultra-wide-angle lens, a 2-MP macro lens and a 2-MP depth sensor. For selfies, the front camera relies on 8-MP selfie camera. The all-new Nokia G20 is backed by a 5050mAh battery. According to Nokia, this battery can power the device for up to three days on a single charge. Additionally, the smartphone comes bundled with a 10W USB Type C charger. For security, the device also gets a side-mounted fingerprint scanner for biometric verification which is mounted under the power button. 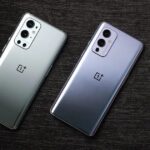 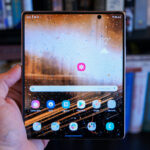