According to leaks, a Greek publication, Techmaniacs.gr have recent claimed that they have got hands-on of the upcoming OnePlus 9 Pro device. The publication also shared some of the screenshots of the ‘About Phone’ screen and camera app. These screenshots revealed some details about the upcoming smartphone. Additionally, the leaks verify the details of the device to be in correlation to previous leak reports.

As per leaks, The upcoming OnePlus 9 Pro is likely to feature 6.7-inch Fluid AMOLED display along with a 120Hz refresh rate. The device will be power by Qualcomm’s Snapdragon 888 chipset, pairing with 8GB RAM/ 128GB of internal storage. Also Read:OnePlus to improve its camera quality, partners with Hasselblad for the upcoming OnePlus 9 Pro

The leaked screenshots also confirms that the handset is likely to feature a quad-rear camera setup. The camera configuration of these quad-cameras compromises of a 48-MP + 50-MP + 8-MP + 2-MP camera sensor. The complete details about these sensors is still unknown. Also, there is no information about the front camera details. However, according to previous reports, the top-end variant of OnePlus 9 series is likely to feature Hasselblad-brand rear camera.

Additionally, the screenshot shows the revamped layout of camera app. In the camera app, The layout has been tweaked, as the Setting Menu has been moved from bottom to top. The video Setting option has also been revamp. The new Video Setting option is likely to enable switching between frame rate, resolution, and aspect ratio. 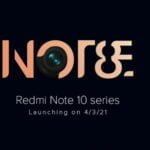 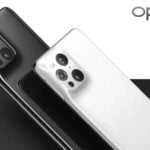