Oppo is expected to host a mid-year gala event on May 22. The same day, the Chinese smartphone brand could officially announce the Oppo Reno 6 series. However, this will only be the announcement event, the smartphone will not launch on the same date. The all new Reno 6 series smartphones could launch on a different date. Only the launch date will be announce all the gala event. At the gala event, fans can expect the announcement of Reno 6 series launch date along with some of the key specifications of the upcoming smartphone series. To recall, Oppo R15 was the first smartphone that was announce at the Gala event in company’s 2018 gala. Therefore, the chances are high that the company could announce the Reno 6 lineup in this event.

The top end premium Oppo Reno 6 Pro+ is likely to launch with bigger batteries and the flagship premium Qualcomm Snapdragon 888 chip. Also, Just like the Reno 5 series, the smartphones under Reno 6 series are likely to be camera centric smartphones. All smartphones could launch with an improved videography output. Also Read: Oppo Reno 5F launches with 48MP quad rear camera setup 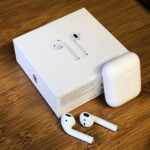 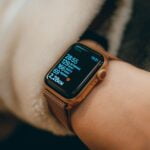