Apple Watch is one of the most premium smartphone watch in tech market. The current generation Watch comes with some heath features such as SpO2 monitoring and heart rate tracking. Rumors and leaks about new Apple Watches comes and goes. Recently, a new report makes an interesting revelation about the the future of Apple Watch. According to latest report, the future Watch may come with more health related features. Additionally, These heath features may include Blood pressure monitoring, Blood Glucose monitoring and alcohol level testing.

Earlier, Apple filed an patent with the US Patent and Trademark Office (USPTO) in February 2021. This patent showed that Apple is working on bringing the blood Sugar readings. This means that users can monitor their Blood Glucose levels using the upcoming Apple Watch in near future. Also Read: OnePlus finally launches it’s OnePlus Watch in India, comes with latest in-built features

The filed patent comes with the title name of “Terahertz Spectroscopy and Imaging In Dynamic Environments With Performance Enhancements using Ambient Sensors”. Recently, a UK Health Tech company, Rockley Photonics confirms about the credibility of this patent. According to company officials, the Cupertino Tech Major is the largest customer of their company from last two years. Keep in mind, Rockley Photonics’ focus has been on blood glucose levels.

As per reports from “The Telegraph” and “Forbes”, Rockley Photonics has confirm that Apple is one of their biggest customer in recent SEC filing. This report suggest that the tech giant could be working on bringing new health features. These health features may include the glucose level monitoring support system to the future generation of Apple devices. Also, These devices are most likely to be the next gen Watch. To recall, Current generation Apple Watch 3 and Apple Watch 6 comes with heart-rate monitor and SpO2 monitor.

Beside Blood Glucose monitoring, the Rockley is also working on bringing the Blood pressure tracking feature. It could also bring the support for Alcohol level testing. Other reports also suggest that these health options could land on to the future generation Apple Watches. All these are just leaks and rumors. Therefore we suggest you to take this post with a pinch of salt. As the tech giant has not revealed any official details about this topic. 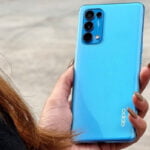 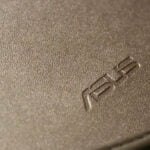