We have been listing rumors about the Realme 8 5G official launch. Now, the 5G smartphone is confirm to launch this month on April 21. This launch date is officially announce by the Chinese smartphone makers. This 5G variant will be an upgrade over the 4G model. To recall, Realme 8 launched last month in India. Currently, Realme 8 5G has been teased for launch in Thailand. Although, the company did not revealed the Indian launch date. But, reports does confirm that the smartphone will surely hit the Indian shores pretty soon.

According to reports, the upcoming Realme 8 5G smartphone is likely to be an upgrade version of previously launch Realme 8 4G variant. Before the launch, company has already started teasing about the smartphone. According to teaser images, the upcoming smartphone shows a gradient back with “Dare to Leap” branding which makes it more aesthetic.

The official teaser confirms that unlike to 4G variant, the all new Realme 8 5G will also feature a 48-MP triple rear camera setup including a 48-MP main camera sensor. The 4G variant of Realme 8 comes with a 64-MP quad camera setup along with 64-MP main camera sensor. Some report suggests that the upcoming smartphone is most likely to a rebranded version of Realme V13 5G. To recall, this Realme V13 5G launches in China last month.

Previously, The upcoming Realme 8 5G smartphone was spot on various certification websites. Recently, the smartphone has been lists on FCC listings. According to US based FCC Listings, the all new device will pack in a 5000mAh battery. The smartphone will weighs around 185 grams. These specs are similar to what Realme V13 5G offers. The Chinese smartphone makers are already teasing about the 5G phone launch in India. But, the company has not given any official launch date for the same. Currently, the Realme 8 and Realme 8 Pro 4G models are sold in India via Flipkart, Realme India’s official website and other Retail stores. The official pricing for these smartphones are as follows. The Realme 8 4G variant comes with a price tag of Rs 14999. Whereas, the Realme 8 Pro 4G variant is sold for an official price of Rs 17999.

Realme V13 5G which could be the upcoming Realme 8 5G in India, comes with a 6.5-inch Full HD+ LCD display. This display offers a 90Hz refresh rate and also provide with a punch-hole cutout on the top-left corner of the display. The smartphone is power by MediaTek Dimensity 700 SoC which is based on 7nm process. To recall, the Realme V13 5G comes with two RAM/ Storage options. This options includes 8GB RAM/ 128GB of storage and another 8GB RAM/ 256GB of native storage. 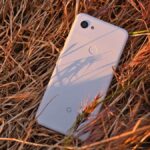 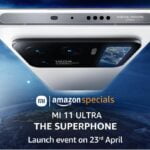