Last week, Xiaomi confirms that the smartphone makers are going to launch the Mi 11 Ultra smartphone in India on April 23. The Chinese brand has now started teasing about launch of more Mi smartphones on the selected date. Recently, Manu Kumar Jain, the Global Vice President of Xiaomi has tweeted some of the key highlighting features of the upcoming Mi 11 smartphones. He also shared a teaser video of Mi 11 series. The company has already confirm the launch date of Mi 11 Ultra in India. Now, as per latest tweet, more Mi 11 series phones including the Mi 11, the Mi 11 Pro and the Mi 11i will launch in India.

The smartphone company also states that “not 1, but many Mi phones” with flagship chipset will be launching in India. Even the Xiaomi VP, Manu Kumar Jain has also confirm on Twitter. He shares that the company will be launching ‘many’ Qualcomm Snapdragon-8 series smartphones on the mentioned date. This is an exciting news for Mi fans and community. As, more than one Mi 11 smartphones in India later this month. However, According to Manu’s tweet, few of the first three can arrive in India. To recall, there are four smartphones under Mi 11 series including the Mi 11, the Mi 11 Pro, the Mi 11 Ultra, the Mi 11i which comes with Snapdragon 888 chipset. However, it remains unknown to which model will be launching in Indian smartphone market later this month. 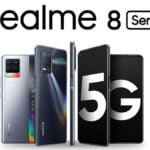 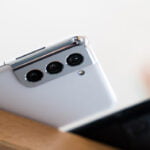