Xiaomi recently launch its Redmi Note 10 series in India. To compete with this Note 10 series, Realme is currently working on Realme 8 series. According to sources, The 8 Pro smartphone is likely to take on recently announced Redmi Note 10 Pro Max, as both smartphones carry similar specifications. Sources have already gave confirmation about the existence of 108-MP camera on Realme 8 Pro. The design for this upcoming Realme 8 Series smartphone has also been confirmed by the sources.

According to FCC Certification, the upcoming 8 Pro smartphone could follow Narzo series in terms of  specifications. The device will feature similar battery and same charging support as Narzo series. The FCC Certification document confirms that the device will come with the model number of RMX3081. According to previous leaks, this model number is associated with Realme 8 Pro.

The FCC listings also reveals about the presence of 4500mAh battery on the smartphone. This battery comes with 65W of fast charging support. According to listings, the device will come with 4G Connectivity. To recall, same charging specs are already present on Narzo 30 Pro. Also, the previous generation Realme 7 Pro features only 30W of charging system.  Also Read: Realme X7, X7 Pro launches in India, to be sold via Flipkart

Compared to previous generation 7 Pro which features Snapdragon 720G, The 8 Pro will get a slight upgrade in terms of processor. However, the 8 Pro does not support 5G Connectivity. To recall, Snapdragon 730G was present on Realme X2 which was showcase in 2019. According to rumors, The Chinese smartphone makers are also working on a 5G variant for this Realme 8 Pro. However, it is not yet confirm if the company will use MediaTek Dimensity 800U or a Snapdragon 750G chipset for same.

For cameras, the 8 Pro will feature a 108-MP main camera along with Samsung HM2 sensor. To recall, the same camera sensor was present on Xiaomi’s Mi 10i and Redmi Note 10 Pro Max. This will be a big upgrade from a 64-MP camera sensor which is present on the Realme 7 Pro and Realme Narzo 30 Pro smartphone. Also Read: Realme Narzo 30 Pro detail specifications leaked ahead of it’s India launch

According to sources, The camera will be the main highlighting feature in Realme 8 Pro instead of processing power. As we all know, Realme always struggle with its camera performance in past. Therefore, it will be interesting to see how the company manages with this new 108-MP camera sensor on this upcoming 8 Pro smartphone. 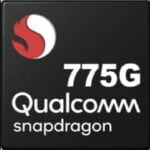 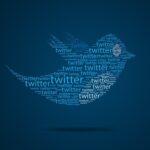