According to leaks, an “Undo Send” button is coming to Twitter app. The leaks confirm that the company is currently working on this Undo Send key. This key is likely to allow users to recall their tweets, if required. This feature is currently under testing phase. It is highly expected that the feature will reach all the active users pretty soon.

Recently, a popular leakster, Jane Manchun Wong has made a tweet regarding this feature. The tweet practically shows how this Undo Send feature works on Twitter app. Basically, this feature will work on a basic timer. The timer will hold the tweet for just five to six seconds before posting it on the users wall. The tweet is a GIF image. This GIF Image shows an “Undo Send” key which comes with an animations on notification with “Your Tweet was Sent!”.

The main idea behind this Undo Send key is to allow users to preview their tweet before posting on Twitter app. This feature will be useful for those who often create mistakes while typing a tweet. Later, they hit the “Tweet” button before checking their mistake. Also Read: Twitter to charge money for new premium features

However, this feature will not be as helpful as the Edit Button. But this certainly is the first step in the right direction. This feature will definitely save the active users from typo-based embarrassments on Twitter platform.

Twitter is working on “Undo Send” timer for tweets pic.twitter.com/nS0kuijPK0

According to GIF image, there is a visible error in this “Undo Send” feature. In this GIF image, this “Undo” button itself hides the preview of the tweet along with the notification. Here, the basic thought process was to preview the tweet. Thus, the implementation itself defeats the purpose. To recall, this feature is currently available in its early testing stage. Before the public roll out, we can expect Twitter to fix this flaw inside Twitter app.

Undo Send Button: How it works?

The time period of five to six seconds given by the Twitter is more than enough for a user to react to that “Undo Send” Button. Twitter app also allows its users to delete the tweet by using age-old option. However, this option may give chance for some to take a screenshot before the tweet gets deleted.  Also Read: Twitter testing Spaces, set to launch in March

Currently, we have to wait and watch when the company will bring this “Undo Send” button feature to the general public. Also, the company is currently busy in testing another new feature called “Twitter Spaces”. This “Twitter Spaces” is a kind of “Clubhouse” which allows users to access a closed room with other members for doing their podcast in small groups. To recall, the “Clubhouse” is only available to iOS platform. But this “Spaces” is built within the Twitter app and can be accessed on both iOS and Android platform. 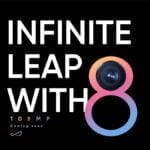 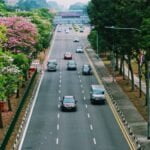