The all new K40 Game Enhanced Edition comes with five variants. Each variant offers different RAM/ Storage options. This may include

The Redmi K40 Game Enhanced Edition is the first Redmi gaming smartphone. Additionally, The device comes with pop-up shoulder button. This button can act as gaming triggers. The gaming device also supports pulsating ambient light around the rear camera module. This ambient light will change colors and provide notifications for call, messages and much more to the users. Beside unique features, talking about the specifications. Also, The gaming smartphone comes with a 6.67-inch Full HD+ OLED HDR 10+ display along with support for 120Hz refresh rate. The display gets a touch sampling rate of 480Hz. Also, The latest gaming smartphone is power by MediaTek Dimensity 1200 SoC.

Meanwhile, For cameras, the Redmi K40 Game Enhanced Edition smartphone comes with 64-MP triple rear camera setup. The camera setup includes a 64-MP primary sensor which is accompanied by an 8-MP ultra-wide lens and a 2-MP macro lens. If you are considering to buy a mouse, then why don’t you check this link best zowie mouse. The front camera features a 16-MP selfie shooter. The camera includes some unique features including camera features such as AI capabilities, Portrait mode, Beauty mode, Night mode, 4K videos, and much more. 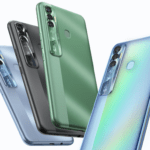 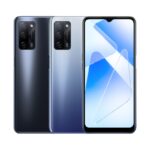