Rumors suggest that Samsung is planning to launch a Samsung Galaxy A Series smartphone, the Galaxy A22 5G phone. The smartphone will launch as the next affordable 5G phone. The upcoming 5G phone has been trending in the rumour mills. Additionally, the device has been spotted multiple times on various certification website. According to recent reports, the 5G phone has now receive the Bluetooth SIG certification. This may hint that the smartphone could launch pretty soon. Also Read: Samsung Galaxy A22 5G to feature Google Pixel like camera setup

The latest reports suggest that there are five model numbers of Samsung Galaxy A Series smartphone, has been listed on SIG Certification website. The five model numbers are SM-A226B-DS, SM-A226B-DSN, SM-A226B, SM-A226BR-DSN, SM-A226BR-N. This means that different International markets might get different model. The certification website suggest that the device could launch with Bluetooth 5.0.

According to recently leaked renders, the all new Samsung Galaxy A Series smartphone, Galaxy A22 5G is likely to come with square shaped rear camera setup. Additionally, the smartphone will feature a waterdrop notch screen. The upcoming Galaxy A series smartphone could look a lot like the recently launched Galaxy M42 5G smartphone. To recall, the Samsung Galaxy M42 5G is the first affordable 5G phone in India. Additionally, the device is likely to come in pastel colours. Earlier, the company has launched its Galaxy A52 and the Galaxy A72 with pastel color options.

Currently there is no concrete information about this upcoming Samsung Galaxy A Series 5G smartphone. However, reports suggest that the Samsung Galaxy A22 5G will come in both 4G and 5G variants. The device will support a 6.44-inch Full HD+ AMOLED display. The smartphone is likely to pack in a 5000mAh battery along with 15W fast charging support system. The 5G variant of the device will be power by MediaTek Dimensity 700 SoC. Whereas, the 4G variant of Galaxy A22 will be power by MediaTek Helio G80 SoC. These chipset comes in pair with up to 6GB RAM/ 128GB of native storage. 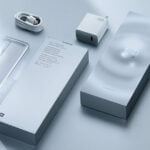 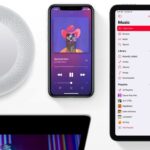