Apple has recently announced the dates for WWDC 2021. In this event, we can expect the launch of iOS 15. The new version of iOS will launch along side macOS, tvOS, watchOS, iPadOS. Before this launch, various rumors about the upcoming iOS 15 version are surfacing online. A recent leak suggests that iOS 15, Apple OS might get a major revamp including changes in Control Centre. It means that iOS 15 is likely to bring some visual changes for a more cleaner look.

If all these changes happens, the iPhones with iOS 15 are likely to get colored Wi-Fi, Bluetooth, and AirDrop icons. Additionally, there is possibility of addition of a new a horizontal slider for increasing/decreasing the screen brightness along with volume. This will appear similar to one seen on Android smartphone. Reports also suggest that the new version of iOS is likely to get new icons such as keyboard brightness, AirPlay Display and much more. However, chances are that new version iOS 15 may not replicate the Control Centre entirely from the Big Sur. Additionally, it may retain some of its existing elements and icons too.

Beside changes in Control Centre, The report also reveals that the new version of iOS 15 will include API for developers. These APIs can make use of combination of Touch and Face ID. However, it is yet to be know, if upcoming iPhone 13 series will feature both facial and Touch ID. However, it is likely that the new iPhones will include an in-display fingerprint scanner. Another leak came from a reddit user hinting that another visual change may occur in app icons.

It is likely that app icons for Apple centric apps may get a major change. It will change to add depth to the flat icons which are currently present on the device. These changes will be inspired by the technique of neumorphic. Apart from these changes, the all new iOS 15 is reportedly to come with new features like support for Always on Display (AoD), improved Face ID, enhanced keyboard, new emojis, improved privacy, improved Control Centre and much more.

Presently, we lack some concrete details on this subject. Therefore, we all have to wait until WWDC 2021 to get the better idea of what the tech giant is launching. To recall, the WWDC 2021 will held in the month of June. Also Read: Apple WWDC 2021 officially announced for June 7 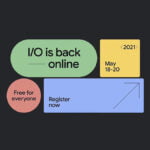 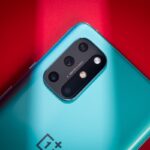