The Facebook Sparked app will allow users to sign up with their Facebook accounts. The all new app will allow users to speed date using video chat. This speed date will last for four minutes only. If both the parties enjoy the first date of four minutes. Then, they will get another chance to go on a second speed date, but this time for 10 minutes. Following this date, both the parties can exchange their contact details and stay in touch for further meets. The Facebook clarifies that it will not include public profiles, DMs or swiping like casual stuff. The company adds that the app will be free to use.

The social media brand suggests that the app is based on kindness. Facebook describes this Sparked app as one of its kind of video dating app for similar kind peoples. The company claims that the sign-up process is also same and simple. According to report from The Verge, the peoples will be ask to be kind enough to date on the app. Their level of kindness will be review by the people in association with the app. Since this app is experimental, it’s webpage is live for the same, but still inaccessible. Currently, there is no such app available on both the Google Play Store and the App Store. Additionally, This app will also allow users to choose whom they want to date. However, it remains to see how this app will work and how can people connect with each other.

As mentioned above, the Facebook Sparked is the second app from the Mark Zuckerberg-own platform. Earlier, Facebook has launched its Facebook Dating app back in 2019. The app was first start in the US and later it was introduce in other countries too. However, the app is still not available in India. Also Read: Facebook rolls out two factor authentication via security key for mobile app

This latest Facebook Sparked app is likely to give tough competition to it’s rival dating apps like Tinder, Hinge and the League. All these apps allows users to virtually date with each other. All such apps become more popular these days due to ongoing Coronavirus pandemic. The main question for now is to see whether this app will make to India or not. To recall, not all NPE products reach all countries. 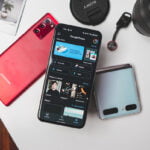 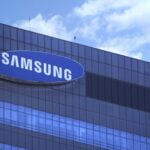