Samsung has officially announced the dates for its next global event. The South Korean company will host yet another Galaxy unpacked event. This will be the company’s third unpacked event which is scheduled for April 28. At this event, we can expect the launch of company’s “most powerful Galaxy” ever. Additionally, the company has released a short teaser video for this event. This teaser video gives us an idea about the upcoming products from Samsung including the most powerful Galaxy device. However, there is no official word about when the device is likely to launch.

Samsung has recently introduced one of its flagship smartphone series. But it is unknown, if the device launching on April 28 will belong to the same series or not. According to leaks, the upcoming device is likely to belong to Galaxy foldable smartphone series. But those are just rumors as the device is unlike to launch until later half of the year or even next year.

On the other hand, some rumors suggest the “most powerful galaxy” device to be the Samsung Laptop. The laptop is also likely to launch around this time if considered on the basis of roadmap. The eminent launch is further promised by the official teaser, which hints at the launch of the laptop.

Both the powerful Samsung Galaxy Book Pro and the Galaxy Pro 360 are likely to compete with the latest Microsoft Surface 4. To recall, the Microsoft Surface 4 comes with both Intel and AMD processors. The Surface 4 laptops are power by Intel 11th Gen Processors. These laptops comes in two display sizes including 13.5-inch and 15-inch models. Regarding its availability, the laptops are available to buy in US, Canada and Japan markets. However, the Indian availability is still unknown.

As for the Samsung Laptops, we don’t have any official word as of yet. For more details we have to wait and watch what Samsung Galaxy Unpacked event has in store for us. Also Read: Samsung Galaxy A72 launched with 5000mAh battery, 90hz AMOLED display 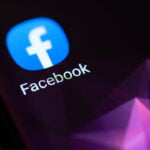 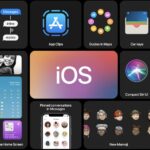