According to leaks from popular tipster Jon Prosser, the updates could be based on combination. It includes combination of major yearly Android updates and the security updates. If this leak comes true, then the all-new upcoming Google Pixel 6 series phone will launch as the first device in Android ecosystem to receive Android updates for more than three years. This will be on par to what Apple offers on its iPhones.

Meanwhile, initially this could be restricted to the upcoming Google Pixel phone. There’s a potential that the guarantee of further years of software upgrades will be extended to other Android phones from other OEMs as well.  Let’s check out the information regarding the Google Pixel 6 series features and specifications. Also Read: Redmi smartphone with 50MP camera sensor could outsmart 108MP handset

The upcoming Google Pixel 6 phone comes with the codename Oriole. It is likely to support a 6.4-inch AMOLED display. It might come with a dual rear camera setup. Here, the primary camera will get a rating of 50-MP. Whereas, the secondary camera gets a rating of 12-MP with ultra-wide-angle lens. For selfies, the front camera could pack in an 8-MP front shooter. Additionally, a smaller 4614mAh battery will be backing up this standard variant. As for storage options, the device might launch with 8GB of RAM along with up to 256GB of internal storage.

Meanwhile, the Pro variant under Google Pixel 6 series gets the codename Raven. It comes with a bigger 6.71-inch plastic OLED display. Additionally, the upcoming Google phone might come with up to 12GB of RAM along with 256GB of internal storage. This makes it first Pixel phone with this storage option. Regarding camera configuration, the upcoming Google Pixel 6 Pro phone packs in a 50-MP triple rear camera setup. Additionally, this 50-MP primary camera sensor is accompanied by a 12-MP ultra-wide-angle lens and a 48-MP telephoto lens. For selfies, the device gets a 12-MP front shooter.

A 5000mAh battery will be backing this Pro variant. However, there is no word on the fast-charging capabilities on both devices. Both the Pixel series phones will run on Android 12 OS out of the box. According to reports, the Pro variant is likely to be powered by the Google-made chipset. This chipset comes with the codename of Whitechapel. This Whitechapel series chipset is likely to be equally powerful as the Qualcomm Snapdragon 870 SoC. As for the launch details, the upcoming Google Pixel 6 series phone is likely to launch in October this year. 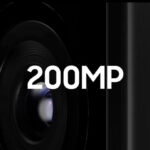 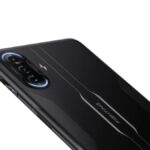