Google I/O 2021 event was one of the most exciting event from Google this year. The company show case many new products in this event. A long tine rumoured, Wear OS also got spot light in this event. As, the platform is getting a lot of love from Google this year. The tech giant brings Wear OS with all the promising improvements that have been asked by the fans and community. This time, the new Wear OS is much smarter, more efficient. It is designed to deliver world class health related features to the customers. However, Google did not gave any hint related to rumored Pixel Watch which is likely to feature new Wear OS platform.

For this latest version of Wear OS, Google has worked in collaboration with both Samsung and Fitbit. For the records, Google is promising drastic improvements in performance and better user experience with this new platform. Additionally, with Fitbit on work, it is expected to focus more on fitness related tasks. It may also provide advanced fitness and health related services. Let’s check out some of the features of the new Wear OS.

This year Google focused on three key areas in the new Wear OS:

Let’s check all of these in details. Also Read: Xiaomi’s Mi Smart Band 6 fitness tracker to come with similar design as it’s predecessor

Since, Google has partners with Samsung for this project. For the record, we can expect strengthening of core areas of the all new operating system. At the annual event, Google officially confirm that all the positives of Google’s Wear OS and Samsung’s Tizen OS has been combined into new Wear OS. With this, the new Wear OS will provide users with massive unified experience. With this partnership, Google promises a drastic improvement in battery life and superior performance. The tech giant claims that all the first party and third party apps will now start up to 30 per cent faster. The apps will open with more smoother animation. The company also promises about continuous heart rate monitoring at low power cores of the on device chip. This means that users need not to worry about battery while continuous heart rate monitoring.

The all new Google Wear OS will provide a new and improved navigation system. This will make daily usage much easier. For instance, users can now double tap the menu key to switch between other apps for multitasking. Additionally, the tiles feature for Google apps will now also support information to be shown from third party apps for all kind of notifications.

Adding to Wear OS update, Google has also introduced the new Material Design to its latest Android 12 OS. Some of the new features such as turn by turn navigation on Google Maps and support for GPay payments have been added to the new version. Also, users can now even download YouTube music files without phone. It is likely that developers might bring some more apps for users via Google Play.

Health and Fitness related services are one of the most essential part of all the wearables. With latest Google Wear OS update, Fitbit becomes the essential part of Google. To recall, Fitbit is having one of the best health expertise. Some of the best features of Fitbit includes features like health progress tracking throughout the day. Also, These features on Wear OS will motivate users on their journey to fitness and will provide better health related functionality. 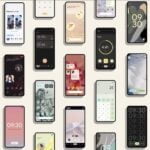 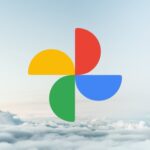