According to reports from 91Mobiles, the iQOO 9 Series has been tipped to soon launch in India. The successor to iQOO 8 mobile phone could launch sometime in late January or early February. Just like the iQOO 8 Series, the upcoming series will also feature multiple models. This includes the vanilla iQOO 9 and the iQOO 9 Pro/ Legend. Earlier, the Chinese brand has already teased about the arrival of its flagship phones with Snapdragon 8 Gen 1 SoC.

With the latest reports, it is highly likely that the iQOO 9 Series will integrate the Snapdragon 8 Gen 1 SoC. To recall, the current latest iQOO 8 Series debuts in China in the month of August this year. The company is likely to skip the iQOO 8 mobile phone series in India. However, it may bring the iQOO 9 Series in Indian markets soon.

In another report, the vanilla variant of iQOO 9 has been spotted on the Indian IMEI database website. As per listing, the vanilla variant of iQOO 9 comes with the model number V2171A. Additionally, the Global IMEI listing also confirms for the iQOO 9 moniker. All these report hints that the upcoming iQOO 9 series could launch soon in India. Also Read – OnePlus 10 with Snapdragon 8 Gen 1 confirmed to launch early next year

The Chinese smartphone makers, iQOO is likely to follow its previous launch path. To recall, the iQOO 7 Series was first unveiled in China. Later, the company unveiled the iQOO mobile phone series in global markets. In India also, the iQOO 7 Series debut a few months later. According to speculations, the iQOO 9 is also likely to launch under same trend.

Currently, the specifications of the iQOO 9 mobile phone have not been confirm as of yet. But it is highly likely that the smartphone will bring multiple upgrades over the iQOO 8. According to rumours, the iQOO 9 smartphone could launch with an AMOLED display along with 120Hz refresh rate. The vanilla variant will run on iQOO own custom UI based on Android 12 OS. Additionally, for the optics, the device could get a bigger primary camera sensor. The complete hardware is likely to get its backup from a 4500mAh battery along with fast charge support. 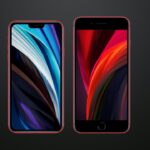 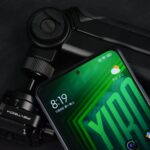