This report about Xiaomi’s first ever foldable smartphone has been leaked by renowned tipster Mukul Sharma. According to Sharma, the upcoming Mi folding phone has been spotted on IMEI database website. The device appears along with its Global Model Number of M2011J18G on the website. The device with same model number is likely to launch in India, suggests Sharma’s tweet.

So yes. Xiaomi's first-ever foldable is likely to launch globally as well. Have spotted the global variant (M2011J18G) on the IMEI database
Plus, though it does not guarantee it, the device has been registered on the Indian IMEI database too
Feel free to retweet.#Xiaomi pic.twitter.com/PfIVTMvbAl

This makes it official that the folding phone, Mi MIX Fold is coming to India in coming months. It will also launch outside China in other Global markets as well. However, for the time being there is no official launch date of the upcoming Xiaomi Mi folding smartphone. But reports do confirm that the smartphone could launch globally in couple of months. Also Read: Samsung Galaxy Z Fold 3 could skip on S-Pen Silo

Meanwhile, MIX Fold has been already launched in China. Looking at the design confirms that the upcoming Mi folding phone looks similar to Samsung Galaxy Z Fold 2. The Mi folding phone even copies its vertical folding style. Regarding its specifications, the folding smartphone comes with a 8.01-inch WQHD+ OLED foldable display along with 60Hz refresh rate. On fold, the display comes with 6.52-inch AMOLED Display along with 90Hz refresh rate. The smartphone is power by Qualcomm’s premium flagship Snapdragon 888 SoC. Also, This chipset comes paired with up to 16GB RAM/ 512GB of internal storage.

To recall, Mi MIX Fold is Xiaomi’s folding smartphone to come with company’s own Surge C1 image signal processor (ISP) and Liquid Lens technology. For cameras, the smartphone features a 108-MP quad rear camera setup. The primary sensor features a 108-MP lens. The primary camera come along with 13-MP wide-angle lens, an 8-MP telephoto lens and an 8-MP macro lens. For selfies, the smartphone features 20-MP selfie shooter. Additionally, The foldable smartphone packs in a dual-cell 5020mAh battery which is support by 67W fast charging system. The device runs on Xiaomi’s own MIUI 12 which is based on Android 11 OS out of the box. For security, the device comes with a side-mounted fingerprint scanner.

Regarding pricing, there is no official details about the Indian pricing as of yet. However, since the smartphone has launched in China earlier. Therefore, we can expect the Indian pricing to be somewhat similar to Chinese pricing. In China, the Xiaomi Mi MIX Fold price starts at CNY 9999 which is approximately Rs 100000. In India, the pricing could be somewhat similar or even higher. 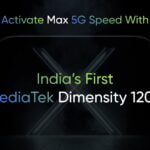 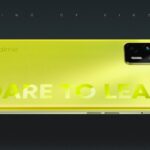