OnePlus is working on its smart watch from a long time. To recall, the company originally teased it around six years back. As per information, the watch is currently under development phase. Now, the company has once again started teasing the smartwatch in late 2020. However, there is no information regarding its actual launch date. This will be the first smartwatch coming from the houses of OnePlus. However, Earlier this year, the company has launched its OnePlus Band, the fitness band. This fitness band marked as OnePlus’ official entry into wearable market.

This video from Twitter shows questions from OnePlus fans and users, asking company about when will the smartwatch launch. The background image in the video teases the upcoming smartwatch. Based on this background image, the watch is likely to feature a textured wrist strap along with a circular dial. Also Read: OnePlus Watch set to launch in India launch anytime soon

According to reports, the upcoming OnePlus smartwatch recently appears on the SIRIM certification website in Malaysia. The website reveals that the smartwatch is likely to come with the model number W310GB. Also, the smartwatch will feature a circular dial. Some previous leaks also claims that the Watch will come in Obsidian Black color option. The smartwatch is likely to come with AMOLED display and a dedicated dark theme. It may also features dedicated workout modes to track activities like indoor biking, swimming, and yoga.

However, In India, OnePlus listed its upcoming smartwatch on BIS India website with the model number W501B. Whereas, in Germany, the company has registered both models with DPMA. According to these listings, One of the model is likely to come with Wi-Fi capability, whereas other model will feature LTE capabilities. Also, it could be likely that both model numbers will feature smartwatch of different sizes.

In September 2020, famous leakster Max J. stated that the upcoming OnePlus Watch will feature a circular dial. Additionally, later he revealed that this upcoming smartwatch will not run on Google’s Wear OS. This information indicates that OnePlus is likely to bring its own custom OS for the smartwatch. It is expected that OnePlus custom OS is likely to be similar to Samsung’s Tizen OS. In January this year, during the teardown of OnePlus health app, an information reveals about the circular watch faces, which may release along side the OnePlus Watch. 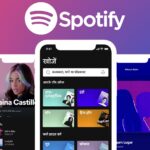 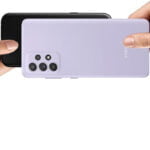