Realme MagDart Ecosystem has been officially launched as the new Wireless Charging solution. The Chinese tech player brings the wireless charging solution mainly for the Android devices. The all-new MagDart ecosystem features 50W and 15W wireless phone charger. The ecosystem also includes a 2-in-1 MagDart power bank and other magnetic charging accessories like MagDart Wallet and others.

During the launch event, Realme introduced the all-new 50W MagDart wireless charging solution. The Chinese brand claims that this is the world’s fastest magnetic wireless charger. The device comes with an active air-cooling system. This cooling system keeps a check at the mainboard and coil temperature. The company mentions that a 4500mAh battery can be fully charged in less than 60 minutes with this wireless charger.

This charging is almost equivalent to a 50W SuperDart charging solution. The Chinese brand also gave a demo about the new Realme charger using the latest Realme Flash phone (concept phone). According to reports, in reality the Realme GT series will feature the first wireless charging phones in India.

The Chinese brand also launched a 15W MagDart wireless charging solution. The wireless charger is similar to Apple’s MagSafe. This device is thinner than the Apple’s highly popular MagSafe charger. Realme confirms that the mainboard and coil are placed at two separate ends on this charging plug and the charging pad respectively. This allows the company to make a thin charging pad. According to official release, the 15W MagDart charger can charge a 4500mAh battery from 0 to 100 per cent in just 90 minutes. 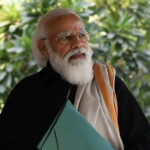 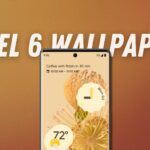