The rumors and leaks about the Asus compact smartphone, ZenFone 8 Mini, has been floating around since months. Even though, Asus is yet to make any official confirmation on all these rumors and leaks. These leaks after leaks are revealing more and more details about the Asus’ upcoming compact version of Mini smartphone. According to latest leaks, the upcoming Asus ZenFone 8 Mini has been spotted on Geekbench website. Here, the listing of this device reveals details about the chipset along with RAM and other components.

According to Geekbench listing, the device with the codename ASUS_I006D/ ASUS_ZS590KS has been spotted on the website. As per listings, this codename associates with Asus ZenFone 8 Mini. The listing reveals more details about the chipset and RAM capacity. For the information, Asus will use the Qualcomm Snapdragon 888 chipset for the Mini version as well. The listing also confirms that the device will also feature a 16GB RAM, which is likely to come with top-end model. Additionally, the listing also reveals the benchmarking scores, which comes out as 1121 for single core and 3662 for multi-core tests.

As previously reported, the Asus ZenFone 8 Mini is likely to be the compact and more affordable version of standard ZenFone 8 or even ZenFone 8 Pro. However, previous leaks suggest that the compact variant is likely to be power by Qualcomm Snapdragon 870 SoC. This will allow Asus to cut down the cost of the upcoming smartphone. But, now with the presence of Snapdragon 888 SoC, the upcoming device will be the most powerful compact Android smartphone.

Since it will be compact phone, thus the dimensions are likely to be smaller if compare with the standard variant. The ZenFone 8 Mini is reportedly likely to feature smaller display of 5.9-inch. This 5.9-inch display is expected to come with AMOLED display. Additionally, the display will feature a 120Hz refresh rate and will offer Full HD+ screen resolution. Also Read: Asus ZenFone 8 Mini, a sub-6-inch  smartphone leaks online

Regarding cameras, the compact ZenFone 8 Mini smartphone will feature a 64-MP rear camera setup. This 64-MP camera sensor will get support from Sony IMX686 sensor. The rear camera will feature another unspecified camera with Sony IMX663 sensor. However, it does remain to be seen if Asus gets a modern punch hole cutout camera or it will stick with its flip camera mechanism.

According to reports, if the ZenFone 8 Mini lands in Indian markets, it will give direct competition to the likes of OnePlus 9 5G. To recall, OnePlus 9 is currently the most affordable smartphone running on Qualcomm Snapdragon 888 SoC. Therefore, we can expect a direct face off between Asus and OnePlus with these smartphones. 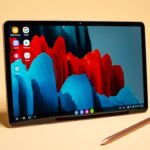 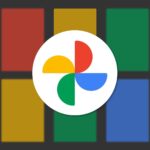