As per TENNA listings, this Realme X Series device could launch with the model number RMX3366. However, the listing does not confirm the actual name of the smartphone. It can be either Realme X9 or Realme X9 Pro. Although, the leaked images suggests that the phone could looks different from the X7 Series devices.

The Realme X series device is seen with curved edges. The volume buttons are place on the left edge. Whereas, the power button is place on the right side. The display appears black in the image. Therefore, distinguishing notch is difficult. However, according to leaked reports, the device could support a punch-hole display. Additionally, the device seen in the leaked image is a Silver Hue color variant.

Currently there is no concrete details about the upcoming Realme X9 Series. However, according to the current TENNA listings, the possible specs and features of the upcoming Realme X series device could be as follows. The smartphone could feature a 6.55-inch Full HD+ OLED display along with high screen refresh rate. The phone is most likely to be power by Qualcomm Snapdragon 778G chip. The device is likely to launch with a 4400mAh battery along with fast charge support.

The upcoming X9 Series device is likely to run with company’s own custom Realme UI 2.0 which is based on Android 11 OS. The device will also get the 5G support. A similar kind of specs is likely to appear on the upcoming the Realme X9 Pro. Also Read: Realme X7 Max, the next mid-range smartphone in India

According to previous leaks, the Realme X9 Pro is likely to feature a 120Hz AMOLED display. The Realme X9 Pro variant could be power by Snapdragon 870 SoC or the MediaTek Dimensity 1200 chipset. Both variants under Realme X9 Series are likely to fall under Rs 30000. Some other reports suggest about the existence of a Realme X9 Master edition. However, the details about any special edition variant are unknown. 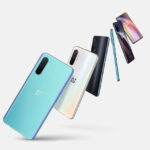 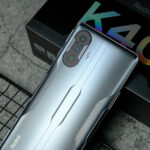