Finally Twitter has roll out a new update for its app on iOS Platform. The iOS app of Twitter brings access to Twitter Spaces for everyone. This information was leaked by The Verge. According to The Verge, Twitter’s iOS app has got an update for Twitter Spaces, Thus rolling out the new feature for access to general users. However, as per reports, the latest update does not all users to create new Space. Currently, the ability to access and create Space has been given to limited users. With the new update, the ability to create new space will be made available for all the general users.

According to leaked reports, The Social Media company is planning to launch Spaces to general users by the next month. With this official launch, users will be allow to make their own rooms, can invite and participate in a room, also users can participate and talk with other participants. According to TechCrunch, a Twitter Space team member reveals that the company is working to make Spaces available for everyone by the next month. So that anyone can host a Twitter Spaces room. This info was revealed by Alex aka @akkhosh.

This feature will allow users to post and tweet these Space recordings later on their walls. The users can also share these recordings on other platforms too. The company also states that this will help in reducing hate as very few peoples will be willing to speak abusively.

Twitter Space is an audio-chat feature which is currently available to limited Twitter users. Initially, this feature is available only on the iOS platform. In this feature, users can listen to the conversations, interviews and discussions between the users on various topics. To recall, this feature is somewhat similar to Clubhouse. Users can also start their own chatrooms if they want to access this latest feature coming from the social media company. Also Read: Instagram set to bring Clubhouse clone after Twitter Spaces 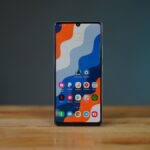