Xiaomi is one of the biggest tech players in Chinese smartphone market. Now, Xiaomi has started working on their own custom 5G chipset. According to reports, this upcoming 5G chip from the Chinese tech giants, is likely to get ready by the end of 2021 or even early 2022. This report came from DigiTimes. As per report, the upcoming chipsets will come with support for sub-6Ghz 5G connectivity.

Previously, Xiaomi has already confirmed that it will be soon launching its own SoC. However, the Chinese players did not provide us with any official launch date for this 5G chipset. As per previous reports, this task will become more difficult for both the Chinese companies because of global chip shortage. To recall, this global chip shortage is already affecting the US based companies like Apple. It is even affecting the Huawei Technologies which earlier was one of the top smartphone maker and was capable of producing high-end smartphone processors. This report was share by Reuters.

To recall, Xiaomi has already build its first in-house chipset back in 2017. This chipset comes with a name of Surge S1 and was built on 28nm process. Later the Chinese smartphone makers launch the company’s Mi 5c smartphone which was power by Surge S1 processor. Later, the company once again launch it’s another new chipset. This time the company name this new processor as Surge C1. The Surge C1 processor powers the all new Mi Mix Fold’s camera. It all happens because this chipset is not a fully fledged chip, that can power the whole system. Since then there has not been much development on the chipsets by Xiaomi. Now, leaks and rumors about Xiaomi’s working on manufacturing a new 5G chipset are churning in the rumor mills.

As per previous posts, Just like Xiaomi, Google is also seemingly working on its own 5G chipset. The Google’s chipset comes with a codename “Whitechapel”. This new chipset is likely to power the company’s upcoming Pixel 6 series smartphone. According to a report from 9to5Google, This chipset from Google comes with a chip number “GS101” where “GS” stands for “Google Silicon”. Reports also suggest that upcoming chipset could also power the latest upcoming Chromebooks if possible.

This Whitechapel SoC is currently being co-develop by both Google and Samsung. Additionally, the budget chipset manufacturer Unisoc is also working on a budget 5G based chipset. Also Read: Qualcomm likely to launch Snapdragon 888 chipset with optional 5G 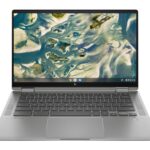