These leaks have been reportedly shared by MyDrivers. According to report from MyDrivers, the all-new Xiaomi Mi Mix 4 is most likely to launch under premium segment. The smartphone will be price around the current gen Mi 11 Ultra smartphone. According to reports, the Mi Mix 4 is most likely to be more expensive than the current high-end phone from the Chinese brand.

According to leaks, the upcoming smartphone is likely to feature a compromised display. The Xiaomi Mi Mix 4 could launch with a Full HD+ screen resolution instead of Quad HD+ screen. The report suggests that there are chances that the smartphone might not support a high refresh rate. Keep in mind, these are just speculations. Therefore, we suggest you take this news with a pinch of salt.

Regarding specifications, the Mi Mix 4 is highly likely to come with high-end features and specs. Qualcomm Snapdragon 888 chipset is likely to power the upcoming device. The smartphone will pack in a 4500mAh battery along with 120W fast charging. Other details about this upcoming smartphone remains unknown. Also Read: Xiaomi could launch another folding phone after October

As per previous leaks, the smartphone could feature a 108-MP camera. The Xiaomi Mi Mix 4 could run on MIUI 12 which is based on Android 11 OS. Additionally, the device is likely to get an in-display fingerprint scanner. Currently, there is no word on the launch of the Xiaomi’s premium Mi Mix series smartphone. According to reports, the Mi Mix 4 could launch later this year. 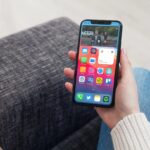 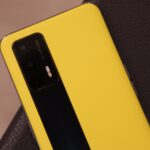