The new iPhone 12 series is a big improvement over the previous iPhone 11 phone series. The flat-edge design of these phones stands out. The newer camera setup on the iPhone 12 Pro Max is highly promising in terms of video output. It seems like Apple is eager to bring all the goodies from this year to the next model and to add them to all models in the range. Also, you might also be getting new cameras and a tweaked design.

According to a recent DigiTimes article, Apple is working on a solution to reduce the size of the display notch. The notch has remained the same since the iPhone X in 2017. As compared to other Android phones in 2021, it stands out like a sore thumb. Apple is not willing to get rid of the FaceID system, which is why it has a solution to reduce the height of the notch.

The iPhone 12S is now said to have a re-arranged TrueDepth camera system that provides more space for the display. The earpiece and the front camera will remain unchanged, other components will be repackaged. The infrared camera and the dot projector are said to have been mounted in a single unit. This eliminates the extra hole, which reduces the size of notch. The latest notch may therefore be as large as the ones on phones of the past.

This current-generation iPhone 12 Pro Max comes with a sensor-shift mechanism to boost photography performance. Apple will be replicating the same with this year’s iPhone 12S series. All the models will now come with in-built OIS Sensor-Shift System to boost image stabilization, which will be a major help during video recording. For information, the sensor-shift system shifts the camera sensor to handle handshakes instead of moving the lenses.

All models will include LiDAR system for more accurate tracking in AR applications as well as enhanced low-light autofocus systems. The iPhone 12S Pro and iPhone 12S Pro Max will get a bigger main camera sensors. The report also mentions the existence of four models at different prices range.

A 5.8-inch “Mini” model is most likely to be available, although two 6.1-inch versions would be present along with a larger 6.7-inch Max model. The prices for these iPhones are likely to remain the same as the current Gen versions, considering the huge number of updates that Apple is introducing to the table.

Also Read: Smartphones to launch in India in Feb 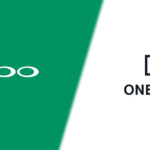 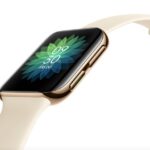