Beside this, the company has already confirmed some other specifications of the upcoming smartphone. The device is likely to come with a 6.92-inch full HD+ AMOLED display. This display supports 144Hz refresh rate. The device will be powered by Qualcomm Snapdragon 888 SoC. Additionally, the device comes with a dual-turbo cooling system that will keep the device cool while heavy gaming sessions.

Beside all this specs, we do not know much about the upcoming gaming flagship smartphone. Meanwhile, the company has promise to release a teaser each day leading to the launch event. Each teaser will reveal any particular specification about the upcoming smartphone. As mentioned above, the launch event will be held on April 8. Also Read: Redmi Gaming Phone to feature a physical trigger, to come with AMOLED Display 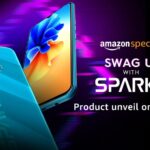 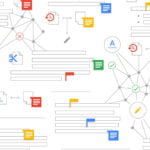