Redmi 10A and Redmi 10C are likely to be the next budget offering from the Chinese smartphone makers in India. These mid-range budget Xiaomi smartphones could feature triple rear cameras with 50-megapixel primary sensors. Furthermore, an Octa-core MediaTek chipset is likely to power both Redmi 10A and Redmi 10C. These upcoming Xiaomi smartphones will succeed the Redmi 9A and the Redmi 9C in India.

According to recent reports, the Chinese smartphone makers, Xiaomi is planning to release Redmi 10A and Redmi 10C in India, China and other global markets. This report comes from a reliable source of XiaoMIUI. The report further states that both Redmi 10A and Redmi 10C smartphones could launch soon in India. Also Read – Redmi Note 11: First Impression; new Snapdragon phone with AMOLED display

As per reports, Xiaomi Redmi 10A mobile phone could launch with two codenames, “light” and “thunder”. While, the latest Xiaomi Redmi 10C phone is said to get three codenames namely “fog”, “rain” and “wind”. Both Redmi smartphones are likely to be powered by a MediaTek chipset. Furthermore, these Redmi smartphones could be price under Rs 12000 or USD 200 which is roughly Rs 14000.

Redmi 9A later arrived in India. But, Redmi 9C remains exclusive to selected regions. In India, the Redmi 9A mobile comes with a price of Rs 7499 for the base variant. The base variant of Redmi 9A packs in 2GB RAM and 32GB of onboard storage. While, the Redmi 9C was first launched in Malaysia.

In Malaysia, the Redmi 9C comes with a price tag of MYR 429 which is roughly Rs 7500 for the base variant with 2GB RAM and 32GB of onboard storage. Talking about its successor, the Chinese smartphone brand is yet to reveal any details about these affordable devices. We can expect to get more teasers about the new Redmi phones.

Besides the Redmi 10A and Redmi 10C, Xiaomi is also preparing for the launch of the Redmi Note 11 Pro in India. According to official reports, the Redmi India recently launched the Redmi Note 11S in India on February 9. The upcoming Redmi smartphone will feature 108-megapixel camera unit, a MediaTek chipset. Although, rest of the specifications aren’t known yet. Also Read – OnePlus Nord N1 could launch in India soon, cheaper version of OnePlus Nord 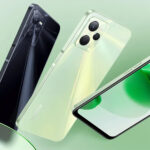 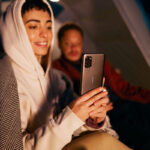