Regarding its key highlighting features and specifications, the all-new Nokia G21 mobile phone carries a 6.5-inch display with 90Hz refresh rate. This Nokia mobile gets a triple rear camera unit, featuring a 50-megapixel primary sensor. Furthermore, this Nokia smartphone is powered by an octa-core Unisoc T606 chipset. Currently, the Nokia G21 is available in only one storage variant. This variant gets 64GB of ROM. Other highlighting feature includes a 5050mAh battery along with 18W fast charging support.

The brand-new Nokia G21 smartphone is currently listed on the Russian e-commerce website DNS. In Russia, the new model of Nokia G21 Android mobile phone is available with a price tag of RUB 15999 which is roughly Rs 15600 for the sole variant. This sole variant packs in 4GB RAM and 64GB onboard storage. The Nokia handset is currently available in two colour options. These includes the Dusk and Nordic Blue colour options. The G Series mobile is available via region specific official Nokia website.

To recall, HMD Global owned Nokia unveiled the Nokia G20 mobile phone last year in the month of July. In India, the Nokia G20 smartphone comes with a price tag of Rs 12999 for the sole variant with 4GB of RAM and 64GB of internal storage. This Nokia handset is also available in two colour options including the Glacier and Night colours. Also Read – Nokia G20, the new budget Android phone launches in India

The all-new Nokia G21 is a dual Nano SIM Android smart phone. According to the listings available on e-commerce website, the latest smartphone runs on Android 11 OS out of the box. Nokia has also confirmed that the phone will receive two OS upgrades including Android 12 and Android 13.

The latest Nokia G21 mobile phone sports a 6.5-inch HD+ IPS LCD display. This display gets a screen resolution of 1600×720 pixels. Furthermore, it also gets a screen refresh rate of 90Hz along with 180Hz touch sampling rate. Furthermore, the screen gets a pixel density of 269 ppi. It gets an aspect ratio of 20:9. This display gets an adaptive mode, which allows the refresh rate to drop to 60Hz. This will allow to save the battery life when 90Hz is not required.

Under the hood, the Nokia G21 smartphone packs an octa-core Unisoc T606 SoC. This chipset is based on 12nm fabrication process. Here, this chipset gets two Cortex A75 cores and six Cortex A55 cores. Furthermore, this chipset comes in pair with 4GB of RAM and 64GB of onboard storage. The internal storage is expandable. It can be expanded via a microSD card of up to 512GB. Additionally, this Nokia mobile phone also gets Mali G57 MP1 GPU.

For camera optics, the mid-range Nokia handset sports a triple rear camera unit along with a LED flash. The 50-megapixel primary camera is accompanied by a 2-megapixel macro shooter and a 2-megapixel depth sensor. Furthermore, this camera setup also gets Night Mode for low-light photography. For selfie and video calls, the Nokia G20 smartphone carries an 8-megapixel front-facing standard camera.

Furthermore, for device security, the Nokia G21 mobile phone supports the face unlock feature. It also gets a side-mounted fingerprint sensor. This fingerprint sensor is built-in within the power button. Additionally, the Nokia smartphone also gets a dedicated button to access the Google Assistant. Moreover, Nokia is also offering some pre-installed apps on this smartphone. These includes Spotify and ExpressVPN with a 30-day free trial for the VPN.

The complete hardware on Nokia G20 mobile phone will get its backup from a 5050mAh battery along with 18W fast charging solution. Although, Nokia is offering only 10W adapter within the box. This Nokia handset measures 164.6×75.9×8.5mm and weighs 190 grams. This time HMD Global has made essential changes in terms of design of the Nokia G21. The latest smartphone is 5% slimmer than its predecessor. 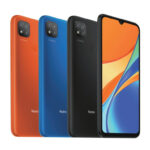 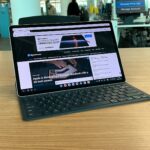