Samsung is soon likely to launch another budget segment smartphone in India. The upcoming smartphone will be launching under Galaxy M Series and most likely to be called as Galaxy M32 in India. This information is further confirm by a recent listing on BIS (Bureau of Indian Standards) certification website. The listed device could be the upcoming Samsung Galaxy M32 smartphone. Earlier, the Galaxy M32 was also been spotted on Geekbench, the benchmarking website. All these listing gives an idea about imminent launch of this upcoming Galaxy M32 Samsung smartphone.

As mentioned above, the all new Samsung Galaxy M32 smartphone has been listed on BIS certification website with the model number “SM-M325F/DS”. The listing was reveal by MySmartPrice report. According to the report, since the smartphone has been listed on BIS, therefore, we can expect the smartphone to launch in India market pretty soon. Other than the model number, the listing does not reveal much about this upcoming Galaxy M Series smartphone in India. Also, we did not get other details on the device from the Geekbench listings.

The 5G device packs in a 5000mAh battery along with 15W fast charging support. The smartphone runs on Samsung OneUI 3.1 which is based on Android 11 OS out of the box. The Galaxy M42 5G comes in two color options including Prism Dot Black and Prism Dot Grey colors. Stay tuned, we will keep you updated about the upcoming Samsung Galaxy M32 smartphone. Also Read: Samsung Galaxy M42 5G support page goes live on Samsung India’s website 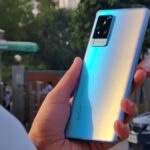 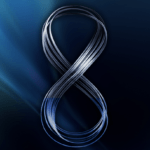