Apple’s all-new AirPods 3 are featuring in the rumour mills from a very long time. However, nothing official has been revealed by the company as of yet. Multiple leaks have already surfaced online. These leaks just increase the excitement among the users. According to recent leaks, the next installment of standard TWS earbuds is likely to launch pretty soon. The leaks suggests that the next gen Apple earbuds are likely to launch alongside Apple’s another highly anticipated product, the iPhone 13. This means that the next-gen iPhone and AirPods will be launching at the same event.

These leaks come from a report by Digitimes Asia. According to Digitimes Asia report, the Apple AirPods 3 might launch in the month of September alongside the Apple iPhone 13 series. Both the device could launch at the same launch event. The report also revealed that shipments of flexible PCBs and SiP modules have also begun. To recall, these flexible PCBs and SiP modules will be used in upcoming AirPods 3. Additionally, this shipment will increase further in the later third quarter and fourth quarter of this year.

To recall, earlier it was reported that the new Apple earbuds have been entering into the mass production in the next month. If this report comes true, there are high chances that the new Apple earbuds will be launching within two months. Keep in mind, the new earbuds will be succeeding the current gen AirPods 2. The Release date for the upcoming iPhone and Apple AirPods are anticipated to be between September 12 and September 22. According to rumours, the Apple event is likely to take place on September 14. Meanwhile, there is no information about India release date for both next-gen iPhone and AirPods.

Previously, some unofficial AirPods picture surface online. As per these images, the all-new Apple earbuds are likely to launch with a different design. It will bring a hybrid design from the standard and the AirPods Pro. Also, we can expect a shorter stem, a bigger charging case and a universal fit design. Additionally, the new AirPods are likely to launch with an improved batter life. With better battery it can offer better performance and much more. However, the device might skip on the Active Noise Cancellation (ANC) feature. Further, the audio device is likely to be “pocket-friendly”. The AirPods 3 price is likely to be under Rs 15000. This means that the starting price of the next gen earbuds will be much similar to the AirPods 2 price.

For this year, the next gen Apple iPhone 13 could feature four separate models. These includes the iPhone 13, 13 Mini, 13 Pro, and the Pro Max. All the iPhone models are likely to launch with an OLED display. Moreover, the Pro models could get ProMotion screens with a support for 120Hz refresh rate. The next gen iPhone models are expected to bring camera improvements, a smaller notch, a combination of Face ID and Touch ID. The smartphone series can get up to 1TB of internal storage (with Pro models) and much more. Also Read: Apple AirPods 3 mass production could begin next month, fall launch expected 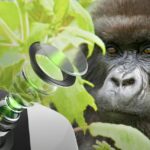 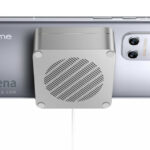