Realme India is planning to launch a new product in India. The all-new product will launch under the Realme laptop series. This will the first ever Realme laptop in India. The device will launch with the name of Realme Book Slim. According to leaks, the all-new Realme Book Slim laptop is likely to launch with an 11th Gen Intel Core i5 Processor. Realme Book laptop will be the company’s first ever laptop. The device is likely to launch in three colour options.

These days Realme is teasing about the upcoming laptop called the Realme Book Slim. In the recent leaks, the Chinese brand has teased about a blue colour variant. Since the laptop will feature a slim design, Realme will accommodate the port position accordingly. The upcoming Realme laptop is teased with a USB Type-C port and a 3.5mm headphone jack on the right side. The laptop could launch in three colour options including Real Apricot, Real Blue and Real Grey.

According to tipster Digital Chat Station, an upcoming laptop will come with a 14-inch display. The device will be powered by an Intel Core i5-1135G7 processor. Meanwhile, this is a quad-core chipset which comes under the Intel Tiger Lake series. The Intel chipset is based on the 10nm architecture. It has maximum turbo clock speed on 4.20GHz. Additionally, the processor can support up to 64GB DDR4 and LPDDDR4X RAM. The report from the tipster suggests that the Realme Book Slim is likely to feature the 11th Gen Intel Core i3 and Core i5 processors. Realme might follow the trend of other manufacturers that uses low-capacity SSDs instead of high-capacity HDDs.

Beside the Realme Book Slim Laptops, Realme CEO Madhav Sheth also shared an image on Twitter. Meanwhile, the image showcases the Realme GT Master Edition smartphone, a suitcase, something mysteriously wrapped and a blue colour Realme Book. Beside this image, Realme CEO tweeted that “This suitcase looks interesting, which product from it are you most excited about”.

This suitcase looks interesting. Which product from it are you most excited about? pic.twitter.com/pKC1FcYb6Q

Additionally, it will also be exciting to see if Realme goes with a touchscreen display instead of conventional screen. The teaser depicts a glass display that would most likely enable touch inputs. Regarding its pricing, Last month the Realme Book Slim price was tipped to start under Rs 40000 for the base variant. This means that the device powered by the 11th Gen Intel Core i3 Processor will cost under Rs 40000. However, there is no official on pricing yet from the company. Also Read: Samsung Galaxy Chromebook Go with Intel Jasper Lake Celeron processor 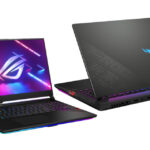 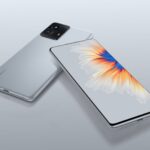