According to renowned tipster, Ice Universe, a screenshot of about section of an unknown Realme phone has leaked online. The screenshot reveals multiple key specifications of the upcoming smartphone. The screenshot suggests that the upcoming Realme smartphone will be power by Qualcomm Snapdragon 870 chip. It means that this device will compete with the likes of most recently launched Xiaomi Mi 11X, OnePlus 9R, and the premium Vivo X60 Pro.

Additionally, the Realme phone is likely to launch with up to 12GB RAM/ 256GB of storage. In the leaks, the About Section page also mentions about additional “+5GB” of RAM. This means that with the launch of this device, Realme could also launch the Virtual RAM feature, which we have already seen on Vivo smartphones. To recall, Vivo X60 Pro and the Vivo V21 smartphone are the latest smartphone to launch with Virtual RAM feature earlier. Beside all this, the Realme smartphone could also support dual-SIM cards and will run on Realme 2.0 UI which is based on Android 11.

However, other details like the possible device name, the model number, and other specifications like camera details, display details and other such details still remains behind the curtain. Currently, we don’t know as of when we can expect the launch of this Realme phone with Qualcomm Snapdragon 870 SoC.

On the other hand, the Chinese smartphone brand is also planning to launch the brand new Realme “QuickSilver” smartphone. This will be the first smartphone to be powered by the all new Qualcomm Snapdragon 778G 5G mobile chipset. The latest chipset will come with all the upper mid-range smartphones. The device will come with Snapdragon X53 5G modem. Also, regarding display, the Realme smartphone could support up to 144Hz refresh rate. For connectivity, the Realme phone could launch with both mmWave and Sub-6 connectivity support and much more. Right now, Realme is yet to reveal any official details about this upcoming Snapdragon 778 based smartphone. But, we do expect the smartphone could launch in coming months at upper id-range price bracket. Also Read: Snapdragon 778G launches to support 144Hz display for premium Android smartphones 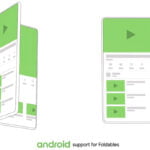 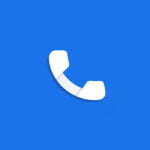