Realme launches Buds Air 2 with ANC in India few days back. With this launch, the Chinese brand expands its audio segment in Indian market. According to leaks, the company is now planning to launch another most affordable TWS earbuds with ANC, to be dubbed as Realme Buds Air 2 Neo. The company has official released a teaser image for the same. With this official teaser, the earbuds are likely to launch in coming days.

According to reports, Realme is soon likely to launch the Buds Air 2 Neo in Pakistan. The details for the same is shared by the company via Twitter. The Twitter post reveals the key features of the upcoming Realme earbuds. The post also reveals the design of these earbuds. Also Read: Google Pixel Buds A could launch alongside Pixel 5a smartphone: Reports

Surprise Surprise! We are all set to launch #realemBudsAir2Neo Along with #realmeBudsAir2. With realme Buds Air 2 Neo, We Plan to bring Active Noise Cancellation to the Masses. It's a Flagship feature that we are bringing down in our AIoT so that you…… https://t.co/SQBGSbsFGK pic.twitter.com/3FPn17n7oc

As per Twitter post image, the upcoming pair of most affordable ANC earbuds will get an oval-shaped charging case. The charging case will come with a button for ease of pairing. This case is hued in white color. Meanwhile, there is no information about availability of other color options. Beside color options, the Realme Buds Air 2 Neo comes with a 10mm Dynamic Bass Booster Driver. It can provide upto 28 hours of total playback time. All these features will be top by Active Noise Cancellation (ANC) support. Thus, making one of the perfect ANC based earbuds with affordable price tag.

The all new Realme Buds Air 2 Neo will launch along side the Buds Air 2 in Pakistan. The launch event for these TWS is likely to held in coming days on April 7. Regarding Pricing, the Chinese brand is yet to release the details regarding its official pricing. Although, reports does suggest these earbuds are likely to come with affordable price tag. The report also confirms that these will be the most affordable ANC-enable earbuds.

The reports also hints at the launch of Buds Air 2 Neo in India. According to report, the most affordable Buds Air 2 Neo earbuds are likely to launch in India on April 8. To recall, Realme will be launching three new smartphones under C-series on the same date. These C-Series smartphones will include Realme C20, Realme C21 and Realme C25. We will keep you updated once we get more information on this topic. Hence stay tuned. 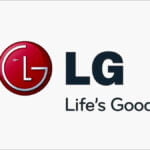 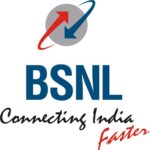