Realme is making news with its upcoming X9 Series in India. The latest series will feature the Realme X9 and the X9 Pro. The rumors for the same has already started circulating all over the internet. These rumors give an idea about the upcoming Realme phones. According to reports, the vanilla variant of X9 has already appeared on the company’s Indian website. All these information confirms that the launch could happen pretty soon. The report comes after the specification and price details for the upcoming smartphone series was leaked. This recent report was shared by the popular tipster Mukul Sharma.

So yes, Realme X9 has now been listed on the company's official website. The Pro variant has not been listed yet, but it should ideally tag along.#Realme #RealmeX9 #RealmeX9Pro pic.twitter.com/aPu6tjeQA9

The all-new Realme X9 series phones have been leak several times on the internet. According to these leaks, the vanilla variant is likely to feature an AMOLED display. Qualcomm Snapdragon 778G could the chipset powering the upcoming X9 smartphone. The device could also get a high refresh rate display. However, remains details are still behind the curtains and will unveil as the launch time come close.

Just like the Realme X9, the elder sibling X9 Pro also leaked online. There are multiple number of details that we know for the Pro variant. The Pro variant is likely to come with the Samsung E3 AMOLED display. The X9 Pro will get the same screen size as the X9 variant. The display could also get a higher refresh rate of 120Hz. The smartphone will be power by the Qualcomm Snapdragon 870 SoC. The upcoming device can compete with the likes of the Xiaomi Mi 11X, iQOO 7, and many more.

Meanwhile, The Realme X9 Pro variant will get up to 12GB of RAM and 256GB of internal storage. For camera configuration, the device will get a 50-MP main camera sensor accompanied by the 16-MP ultra-wide-angle lens and a 2-MP black and white lens. For selfies, the front camera will get a a32-MP shooter. Other specs for the upcoming Pro variant include a 4500mAh battery along with 65W fast charging system. The device will also get a dual stereo speaker system, NFC and much more. Both the device in X9 Series will be running on the Realme’s custom UI 2.0 which is based on the Android 11 OS.

Regarding its price details, the device is likely to start at CNY 2699 which is approximately Rs 31000. On the other hand, there is no information about the Realme X9 price. All these are rumors. Therefore, we suggest you take this post with a pinch of salt. Also Read: Realme X9 Series phones spotted on TENAA listings, Design leaks online 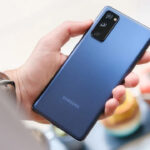 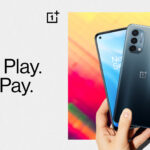