Samsung was not able to resist and the Galaxy F Series was launched – the first smartphone was an rebranding and rebuilt Galaxy M device. Galaxy F series Samsung’s is a comparatively recent arrival into the Galaxy lineup, which focuses on the lower mid-range and lower Galaxy A series slotting and overlaps to the Galaxy M series. It was apparently a rushed product, which might not be the case with whole new potential Galaxy F series smartphones. Unfortunately, the next Galaxy F62 is another rebranding job if the new leaks consider to be true.

Ishan Agarwal, a reliable tipster made some trustworthy leaks on the Galaxy F62.  According to a study from MySmartPrice, Samsung appears to use the Galaxy M Series M51 as the foundation for the Galaxy F62. The fastest way to go is to battery 7000mAh which makes a Galaxy F62 look like another recycling job when coupled with all other leaked specs.

Based on recent leaks, the famous tipster Mukul Sharma suggests about the processor that the upcoming F-series phone is being powered with. Sharma also shares that the device i likely to be costing less than Rs 25,000. The Galaxy F62 is likely to succeed the Galaxy F41, which debuted last year. The Galaxy F62 will be the second F-series smartphone. The device comes with a model number of SM-E625F.

According to leaks, The Galaxy F62 comes with a massive 6.7-inch AMOLED display. The device is likely to come with an immense battery power of 7,000mAh. However, There is no information on the range of charging speeds supported by the device. Nothing is listed regarding a fast-charging feature. However, Samsung is likely to stick with the Galaxy M51’s normal 25W system.

There is no confirm info about the processor name, but Agarwal confirms about it’s storage capacity of 6GB RAM/128GB. An earlier Geekbench list reveals that Samsung can use an Exynos 9825 midrange chip instead of a 730G Snapdragon chip. The device will run on One UI 3.1 based Android 11 OS.

Regarding Cameras, the Galaxy F62 will get a 64-MP quad-camera setup. The rear camera setup is likely to be place inside a rectangular-shape module. The details of the other three cameras of the Galaxy F62 are yet to know. For Selfies, The front camera is likely to be a 32-MP snapper, which is probably mounted within the punch hole cut-out. Also Read: Samsung to launch multiple new smartphones soon

No news on whether the fingerprint reader is present as an in-screen reader or a standard fingerprint scanner mounted on the back. The Samsung Galaxy F62 is likely to be offer in regular Galaxy F series colors, i.e. green and blue. The official prices are not hinting. As per reports, the device is likely to be price around Rs 20000 based on Samsung’s previous releases.

There are other devices that are likely to launch in mid-range segment under Galaxy series along with Galaxy F62 at the beginning of 2021. Samsung is likely to launch this F-series phone under mid-range segment along with a variety of fresh smartphones. Leaks have shed light on midrange smartphones including Galaxy A32, Galaxy A52 and Galaxy A72, both of which could be supported by a Snapdragon 720G processor.

5G models is likely to come in near future, but they could be save for the international markets. The launch of the Galaxy F62 in India is likely to happen soon by Samsung. However, the company has started teasing the launch of the device in the country. Also Read: Samsung Galaxy S20 FE 5G launching soon in India 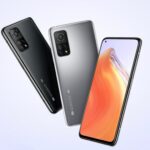 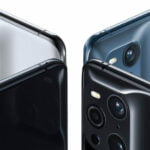